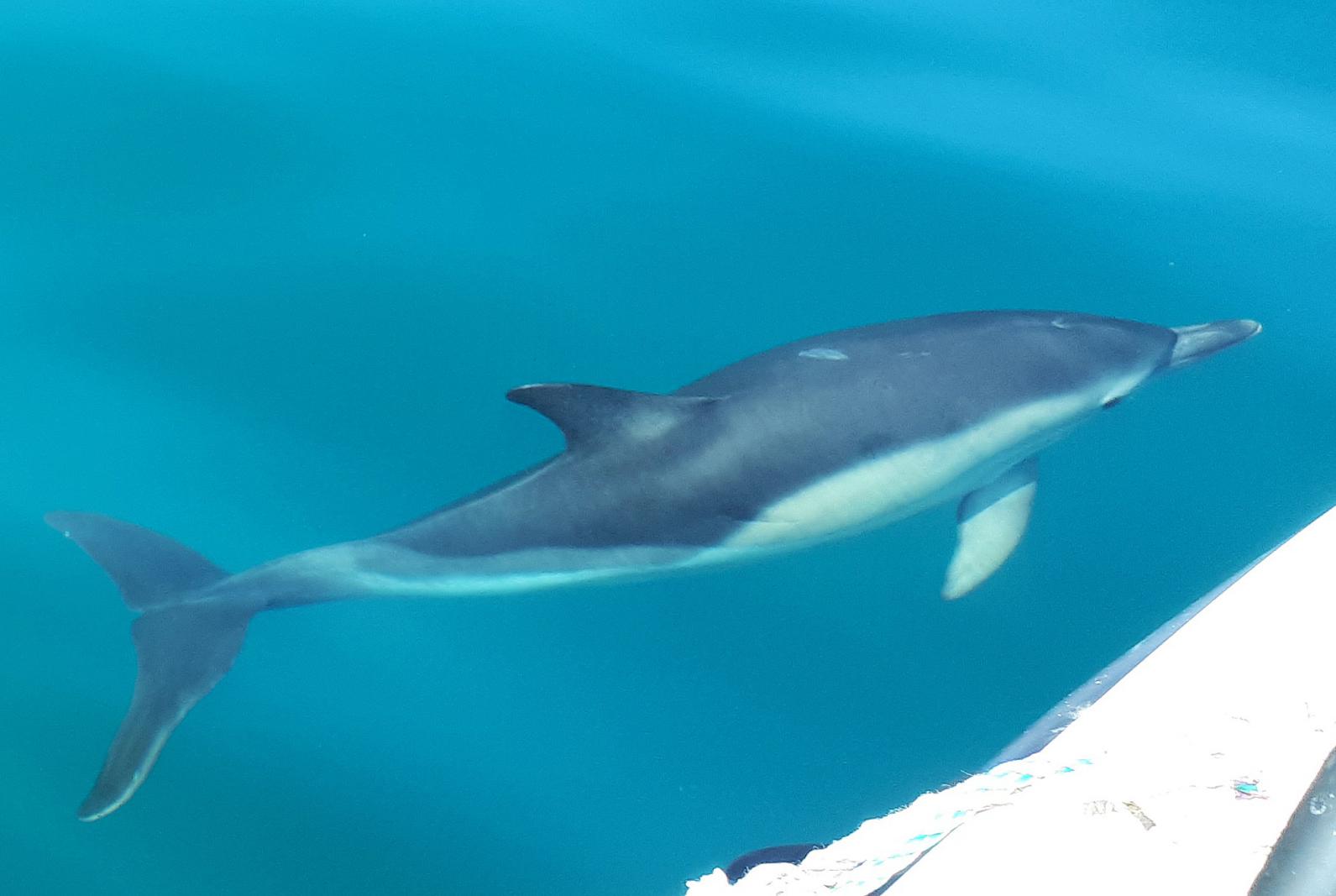 Lyme Bay boasts an extraordinary wealth of marine wildlife including dolphins and each summer there are regular sightings of the short-beaked common dolphin, bottlenose dolphin and occasionally the white-beaked dolphin in the sea just off Lyme Regis.

For a few weeks during the end of August and beginning of September 2019, a solitary bottlenose dolphin took up residence close to shore in Lyme Regis, becoming a local celebrity. The friendly dolphin, believed to be Dorset’s much-loved resident dolphin Danny, delighted onlookers.

Danny was first spotted around Portland in July 2018 and had visited Weymouth, Swanage and Poole before making his way to Lyme Regis.

Liz Sandeman, co-founder of dolphin and whale charity Marine Connection, has been studying solitary dolphins more than 25 years and commented “that while Danny does not have any particularly distinguishing features, it is clear that all these sightings are of the same dolphin because these solitary animals are quite rare.”

"The coast of Cornwall, Devon and Dorset tends to attract quite a lot of solitary dolphins," she said, "but at any time there are only between two and ten solitary cetaceans [marine mammals] in the world.”

During his stay in Lyme, Danny got up close and personal with those out on the water, swimming alongside boats and paddleboarders, occasionally leaping out the water. We were fortunate to witness Danny on a couple of ocassions, capturing the following footage. 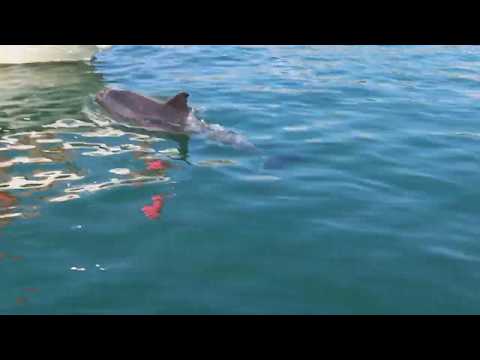 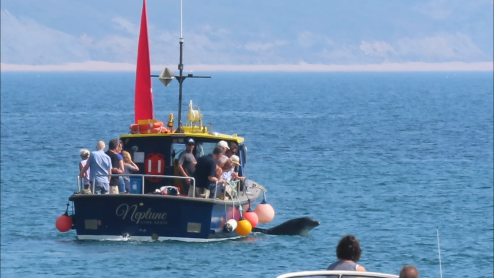 Pods of common dolphin are often witnessed by boat users during the summer. They have a distinctive creamy yellow hourglass pattern along the sides, with a dark grey back, tail and flippers and a cream coloured belly.

On Monday 19th June 2017,  Lyme's chief firefighter Virgil Turner was positioned about 8 miles off Lyme Regis fishing for bass when he experienced a close up encounter with these fascinating marine mammals, capturing some amazing shots in the calm turquoise waters. 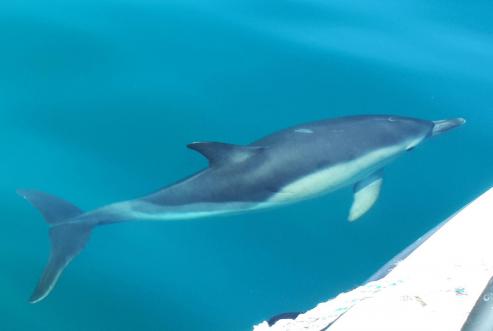 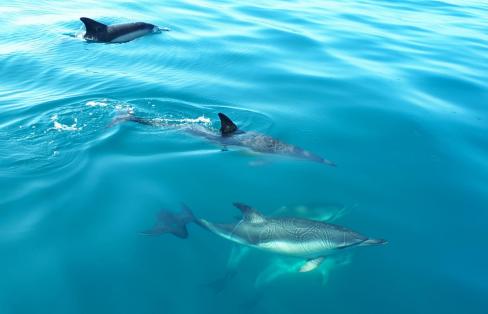 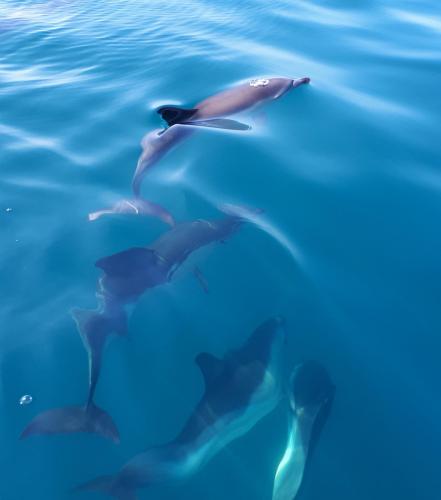 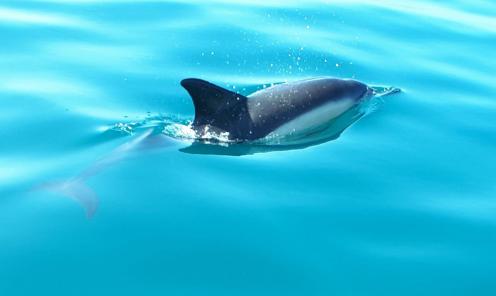 The bottlenose dolphin is frequently seen in small groups of around 20 off the Dorset coast throughout the year, especially in summer. Their colour pattern is typically a dark grey back with light grey sides and a near-white belly. Adult males can be up to 4 metres in length.

White-beaked dolphins are rare and difficult to observe in British waters, being more usually encountered in cool temperate and subarctic waters such as those around Iceland. Yet, local marine conservation charity MarineLife (marine-life.org)  confirm an isolated population does occur in Lyme Bay, making it the most southerly population in Europe with an estimated population of 150-200 animals. This strikingly marked dolphin species is extremely social and playful, endlessly interacting with sea vessels by racing, jumping and bow-riding within a few feet of those on board.

The white-beaked dolphin is a large dolphin with adults measuring 2.5-2.8m in length. It has a beautiful pattern of grey, white and black, including a distinctive pale saddle behind the prominent dorsal fin, and frequently, although not always, a prominent white beak. MarineLife are undertaking a survey on the breeding population of white beaked dolphins. The aim is to determine their numbers, habitat preference, interaction with other cetaceans and to create a photo-identification catalogue.

If you stand at the end of the Cobb wall and look out across the bay, or take a boat trip, you might be lucky enough to witness a pod of dolphins putting on a spectacular display! 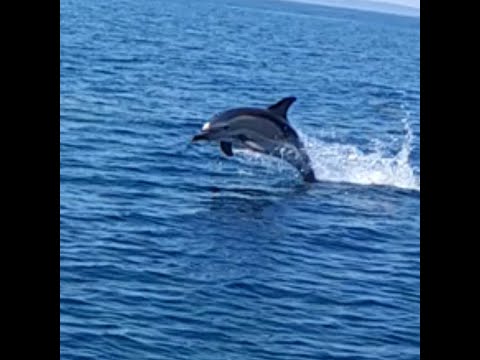 Dolphins putting on a show 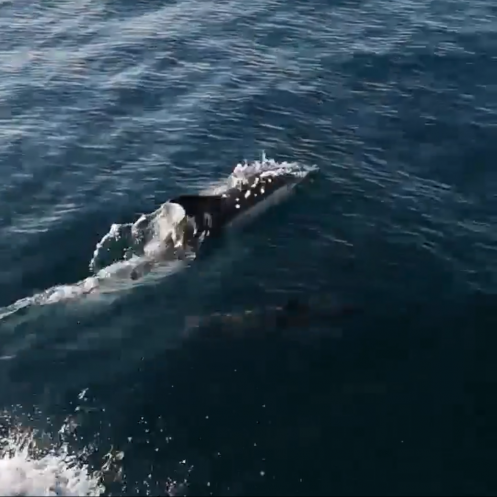 Dolphins swimming with a trawler 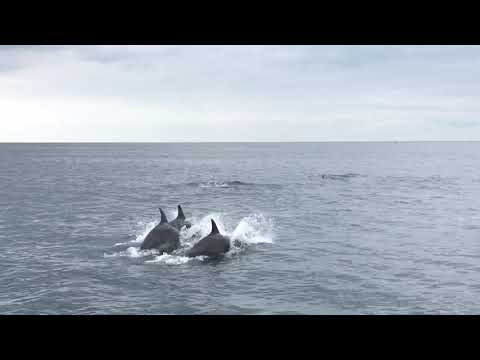 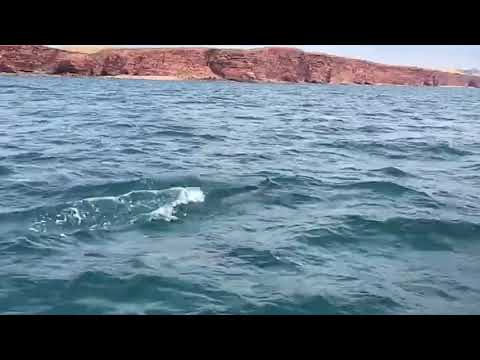