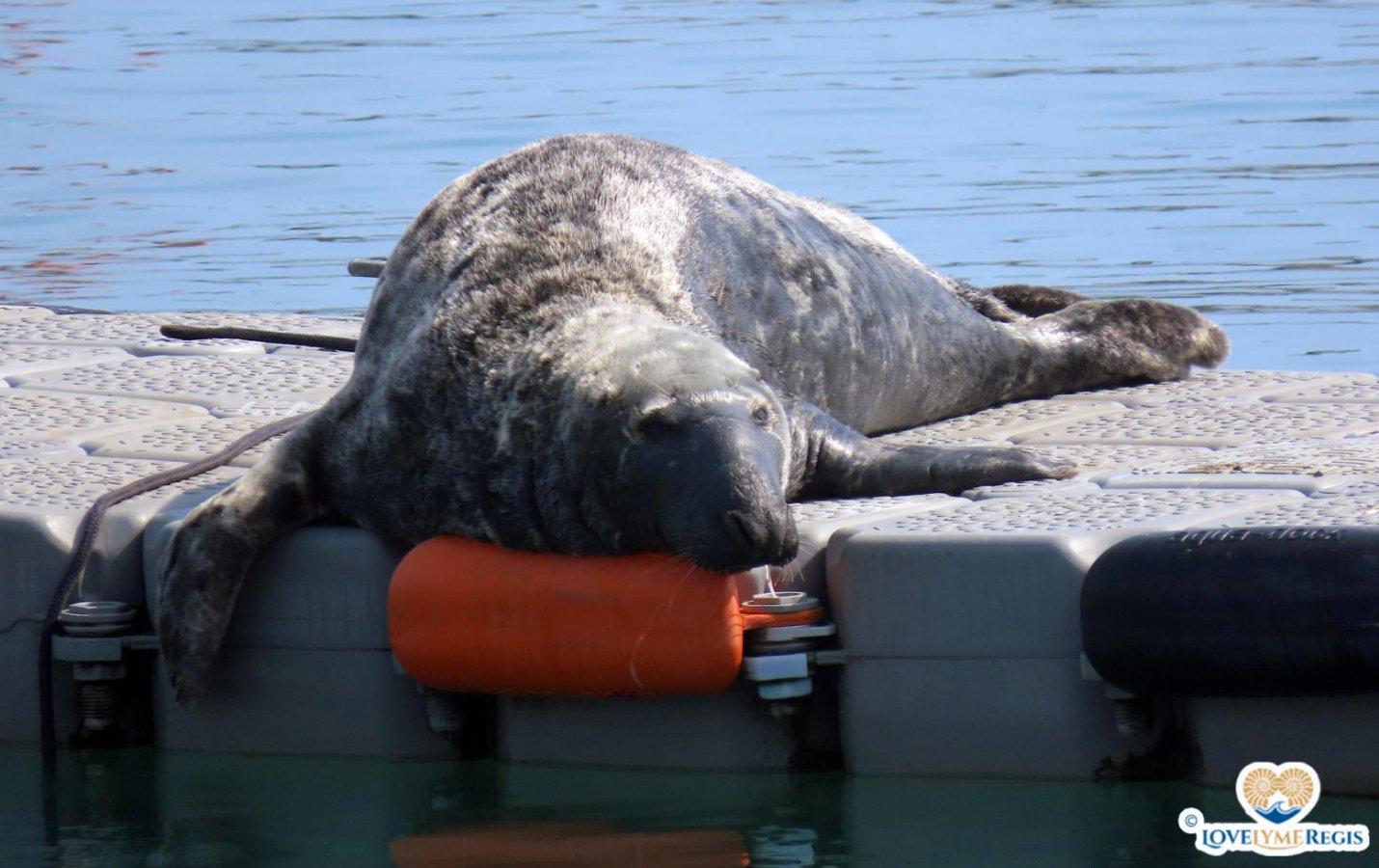 The waters of Lyme Bay support a vast array of marine life including the delightful grey seal which can often be spotted in and around Lyme Regis harbour.

Despite numbers dropping to only 500 in the early 20th century, it's estimated that there are now more than 120,000 grey seals around the coast of Britain, representing 40% of the world's population.

Britain’s largest native carnivore can grow up to 2.6m in length with males weighing up to 300kg, and females up to 200kg. They have an average lifespan of around 30-40 years.

About two-thirds of greys seals’ time is spent at sea where they hunt and feed, they come ashore to give birth to their pups in the autumn, to moult in spring, and at other times of the year to haul out between trips foraging for food at sea.

Grey seals feed mostly on fish that live on or close to the seabed. Their diet is largely composed of sandeels, whitefish (cod, haddock, whiting), and flatfish (plaice, sole, flounder, dab), although this varies seasonally and from region to region.

Grey seals were the first mammals to be protected by modern legislation - the Grey Seals Protection Act of 1914. Today, the Conservation of Seals Act 1970 protects them during a closed season from 1st September to 31st December.

During the course of their lives seals face danger in the forms of starvation, respiratory infections and getting trapped in fishing gear.

On an unseasonably warm day at the end of February 2019, this large seal was spotted lazing in the sun on the pontoon in Lyme Regis harbour much to the amusement of onlookers. 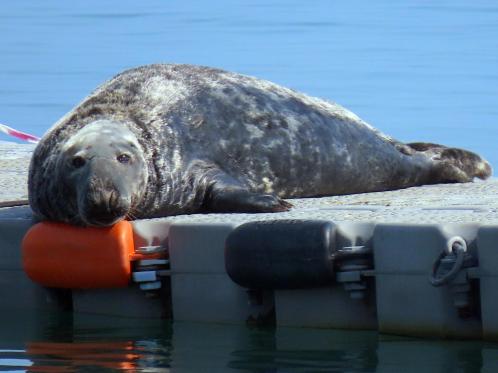 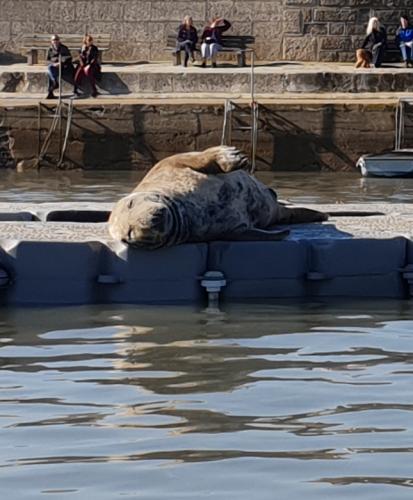 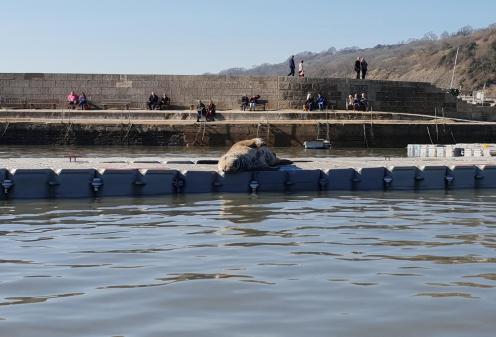 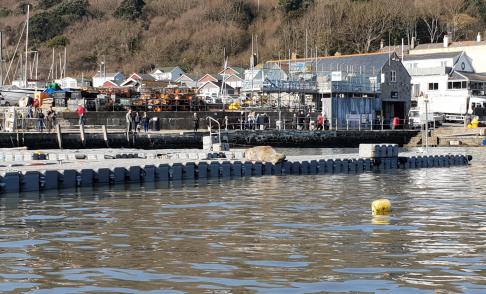 Lyme Regis had the seal of approval in April 2019 as this grey seal spent a few hours basking in the sunshine on the pontoon behind the harbour. 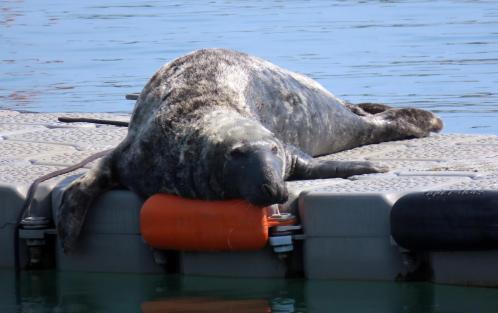 Seal on the pontoon 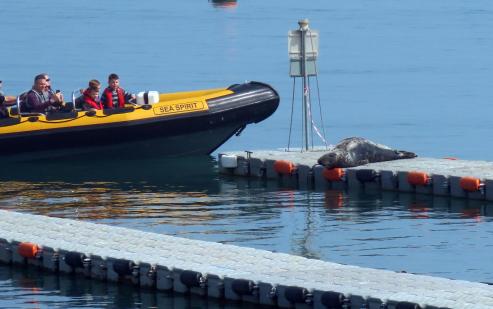 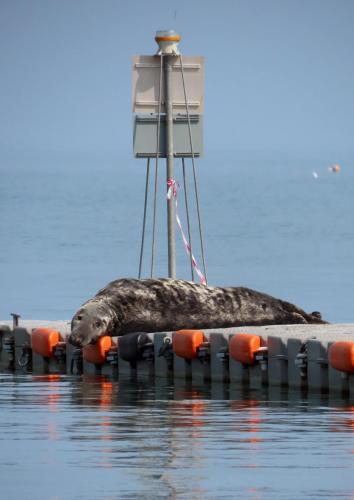 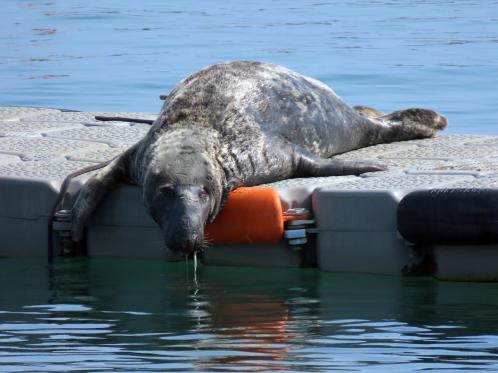 Grey seal on the pontoon 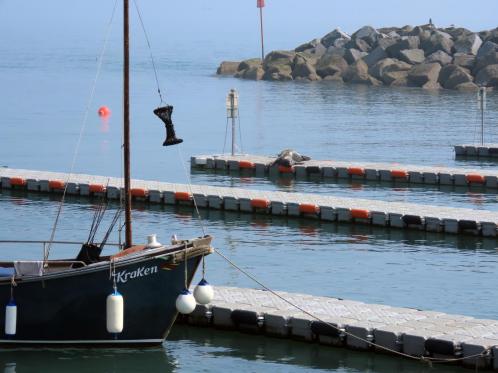