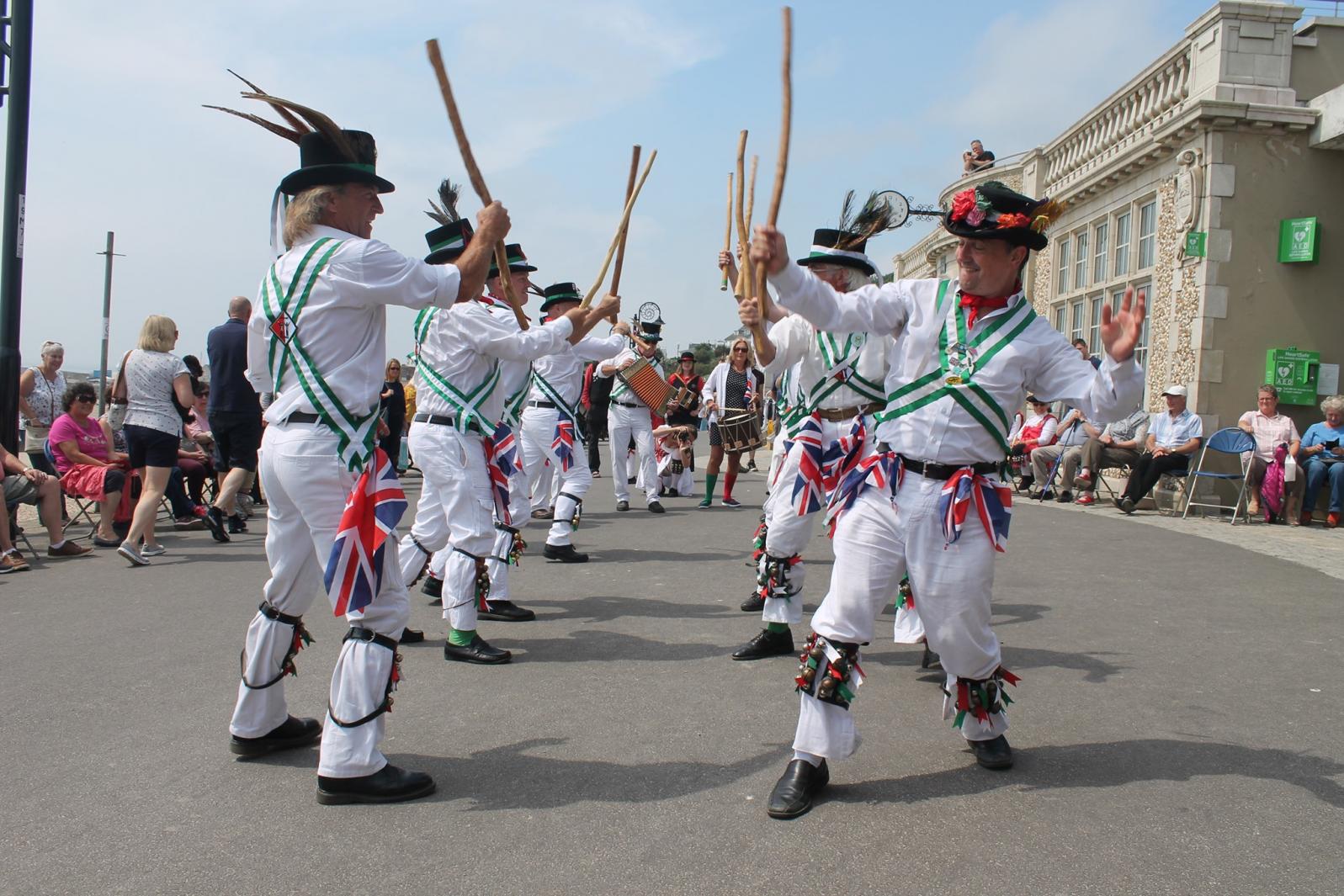 Lyme Regis Day of Morris will be held on Saturday 18th July, where several morris sides from across the South West and further afield will be putting on a show of morris dancing. Watch the high energy routines to the beat of drums, hum of accordions with the sound of bells tinkling and sticks knocking.

There will be performances at various locations along the seafront including the Marine Parade shelters and outside SWIM.

The event is hosted by Lyme Morris, representing Lyme Regis and Uplyme, who perform in their white and green livery and iconic top hats. They’re a traditional morris dancing side favouring the use of long sticks with high energy, high impact dances. They’re focused on having fun for both the performers and the watching public.

At 11am the event will commence with a parade through the town and along the seafront.

At midday the various morris sides will be introduced followed by performances on the seafront. The performances will continue throughout the afternoon, culminating in a mass dance finale at 4pm.