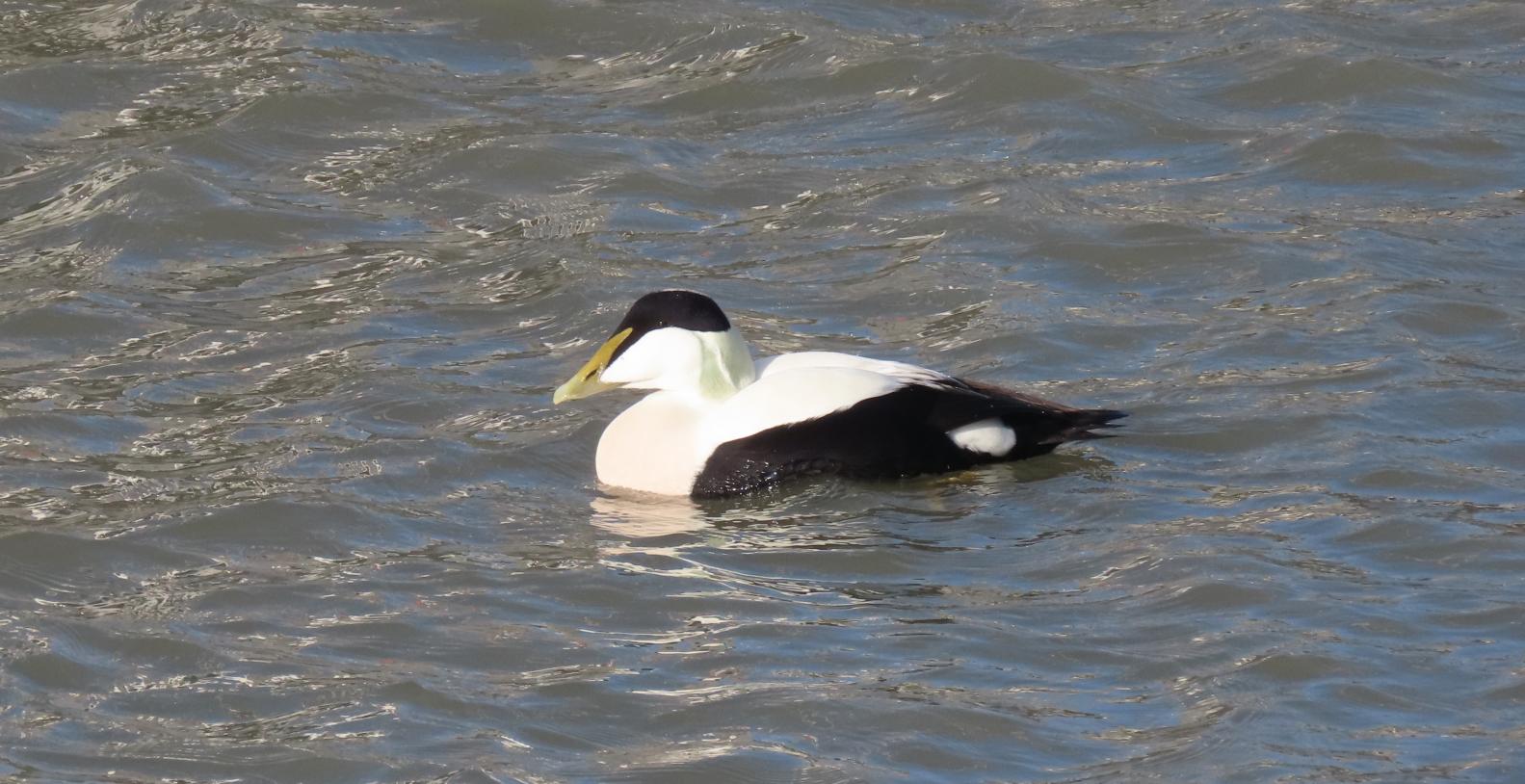 A male eider duck has chosen to make Lyme Regis his home. The beautiful striking black and white bird with pale green patches on the side of the head and nape is frequently spotted in the harbour.

According to the RSPB, they are normally resident in Scotland and north-west England, with the most southerly colony found on Walney Island, Cumbria but this solitary eider has become a much-loved sight in Lyme.

The Eider (Somateria mollissima), is Britain’s heaviest duck, weighing between 1.5 and 2.5 kg and is also the UK’s fastest duck in flight, with speeds of up to 60 mph.

Local fisherman Harry May commented on his website blog that the “duck swims all around the harbour but doesn’t get too near to the walls where there might be people. When he’s near the harbour entrance though, people point and take photos. Bird watchers know he should not be by himself on the south coast as these birds usually gather in large flocks.”

Harry has taken to feeding the duck Quack Snacks which are specially formulated to provide ducks  with essential vitamins and minerals. Harry commented “Lo and behold, suddenly this eider duck is almost tame, he loves them. They are too small for seagulls to eat but just right for a duck.

“I row across the harbour most mornings at about 7.45am to get the boat ready for the morning fishing trip and often the duck is waiting by the boat for me to arrive. He is beautiful and I’m very fond of him. “ 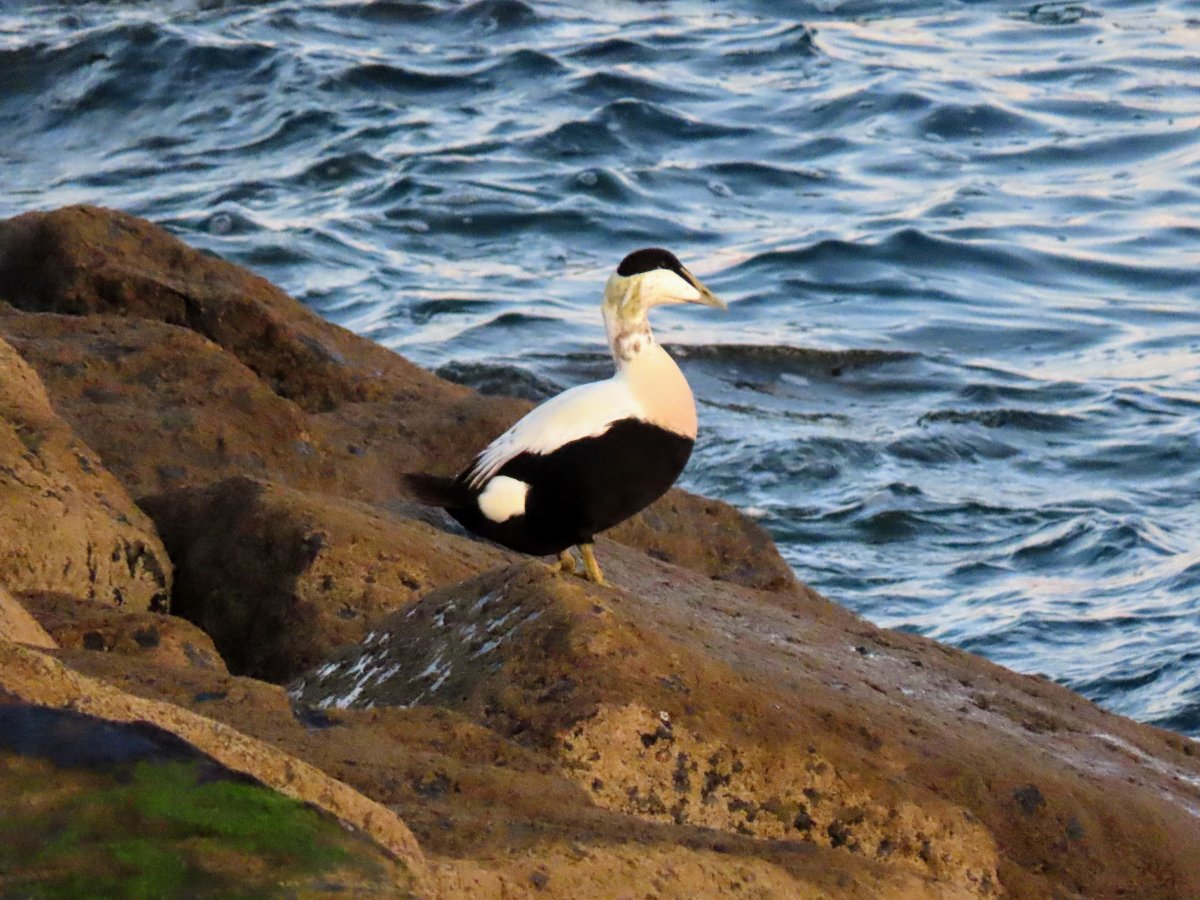 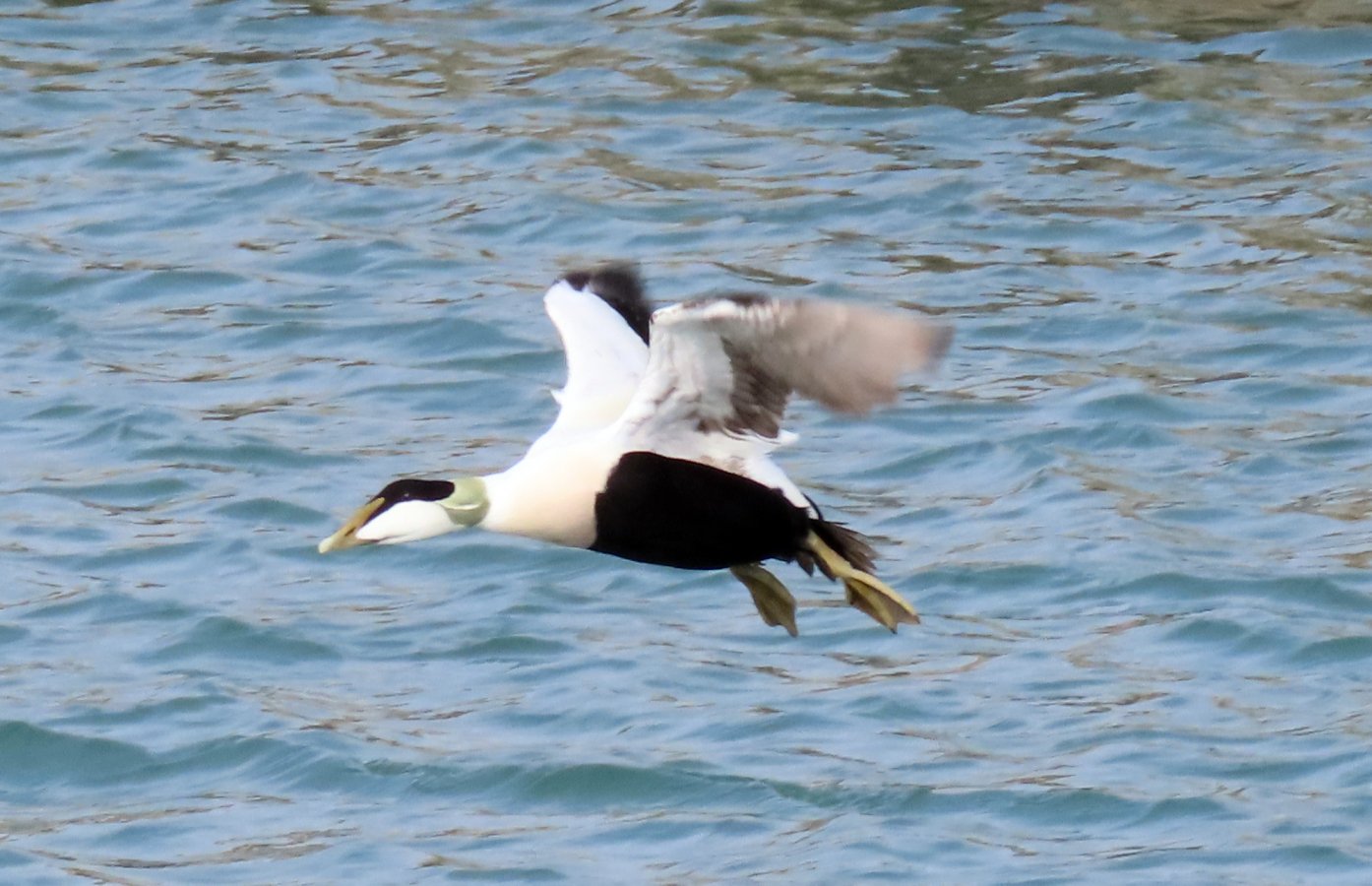