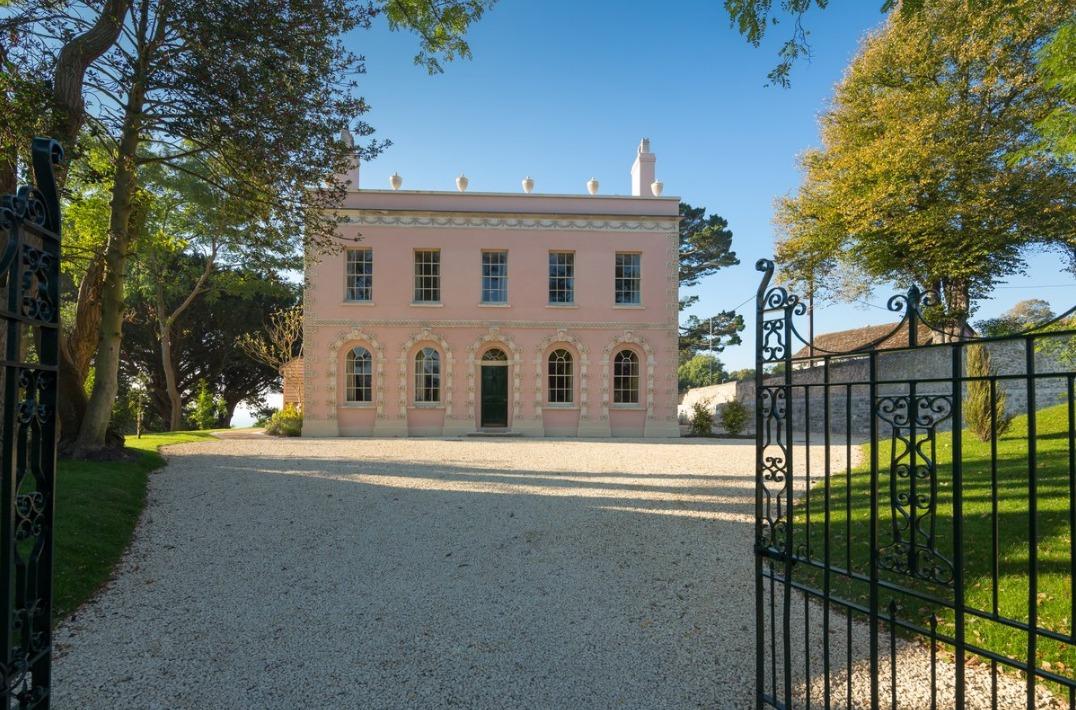 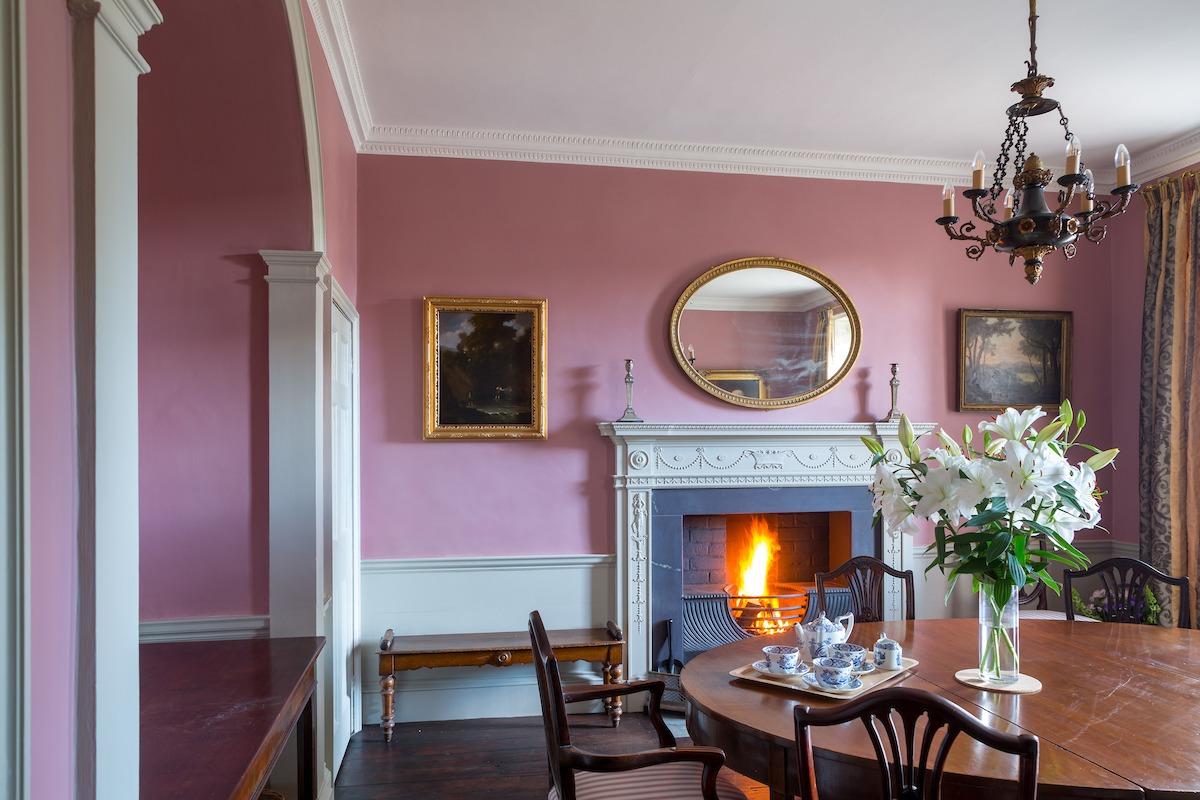 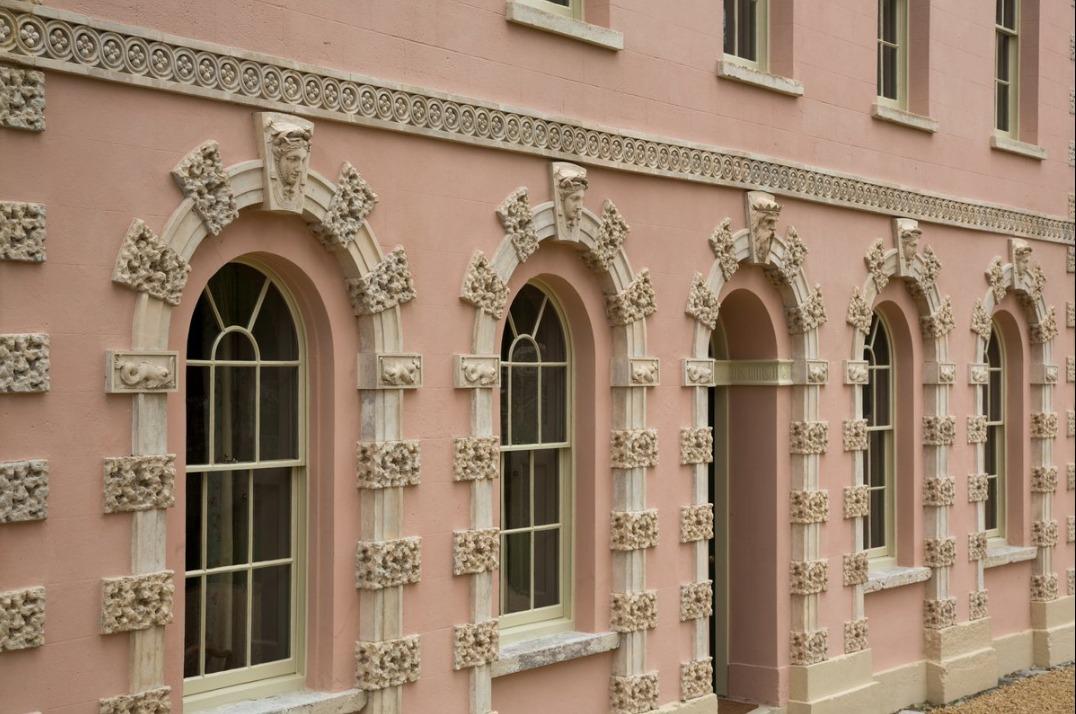 Built in 1774 by a local builder named Bunter, the house was initially known as Bunter's Castle. The first owner, Samuel Coade, transferred the house to his niece Eleanor Coade in 1784 (1733-1821). An astute businesswoman and influential figure in 18th-century architecture, Eleanor Coade purchased a struggling artificial stone manufactory in Lambeth in 1769 and devised a pioneering formula to reliably mass produce architectural embellishments and statuary of the highest quality. Made of raw ball clay carefully mixed with pre-fired, ground up stoneware and a sprinkling of soda glass, flint or other silicates, the eponymous Coade stone proved popular for its colour, hardness and resistance to frost. It is this Coade stone that adorns the two-storey stuccoed exterior of Belmont today in the form of ornamental impost blocks, a frieze, vermiculated rustications, a guilloche band, keystones adorned with the heads of Neptune and Amphitrite and a series of 6 Adam-style urns along the parapet.

After Mrs Coade’s death in 1821, Belmont was occupied by a series of tenants until 1881 when it was bought by a GP and keen astronomer, Dr Richard Bangay who lived in Belmont for 17 years until 1896. Seeking a better life for his six children and a better climate to safeguard his wife’s delicate state of health, he transformed the villa into a large family home, adding two large side wings, conservatories and a three-storey Victorian observatory tower with a hatch and its own rotating roof.

More recently Belmont was home to world famous author John Fowles and his wife Elizabeth who bought the house in 1968 after it had stood empty for a decade. Whilst living there, he wrote Daniel Martin, The Ebony Tower, A Maggot, Mantissa and Wormholes. After his death in 2005, the house passed to his second wife Sarah who allowed the Landmark Trust to purchase the building and restore it to its Regency glory.

Belmont is now one of Landmark Trust's historic properties which is available to hire out and there are several free public open days each year. 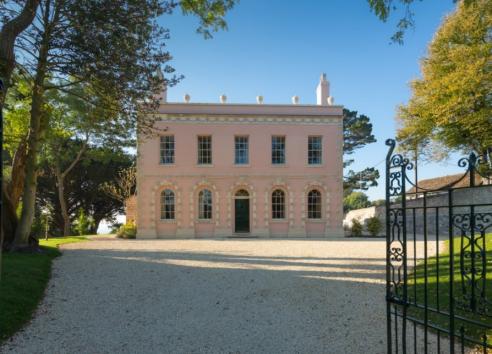 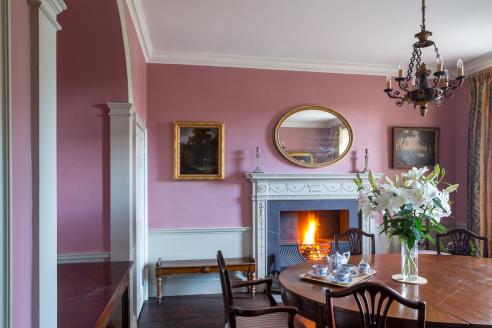 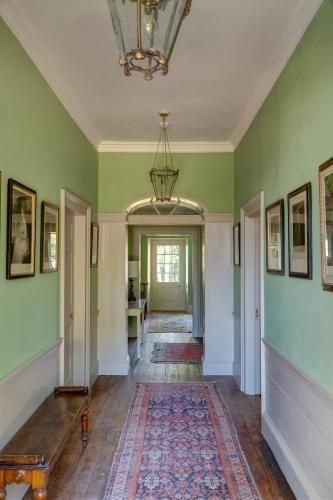 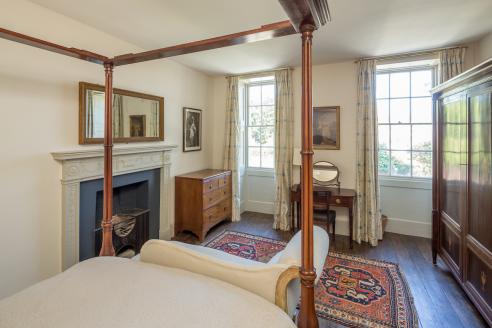 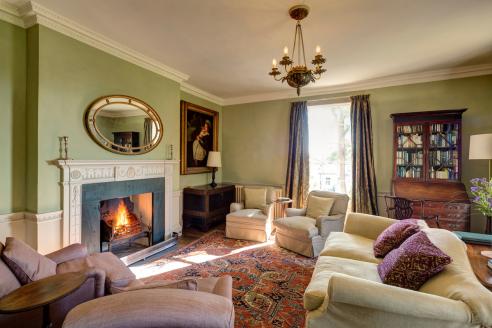 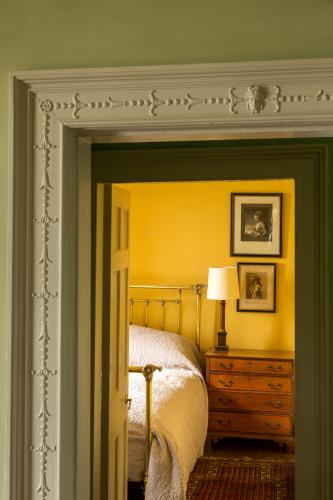 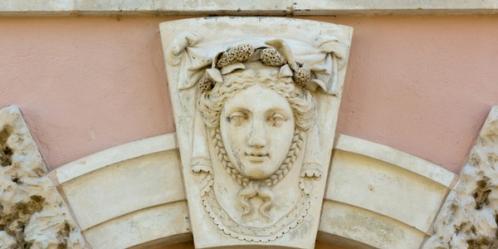 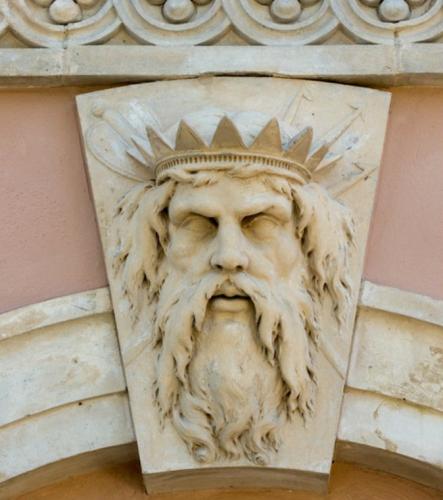 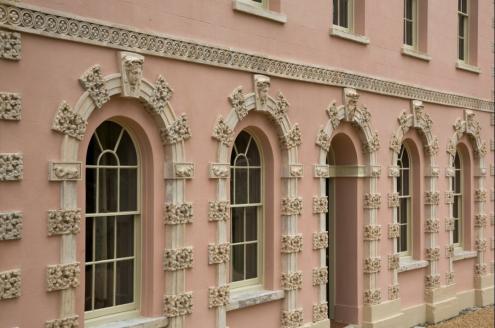