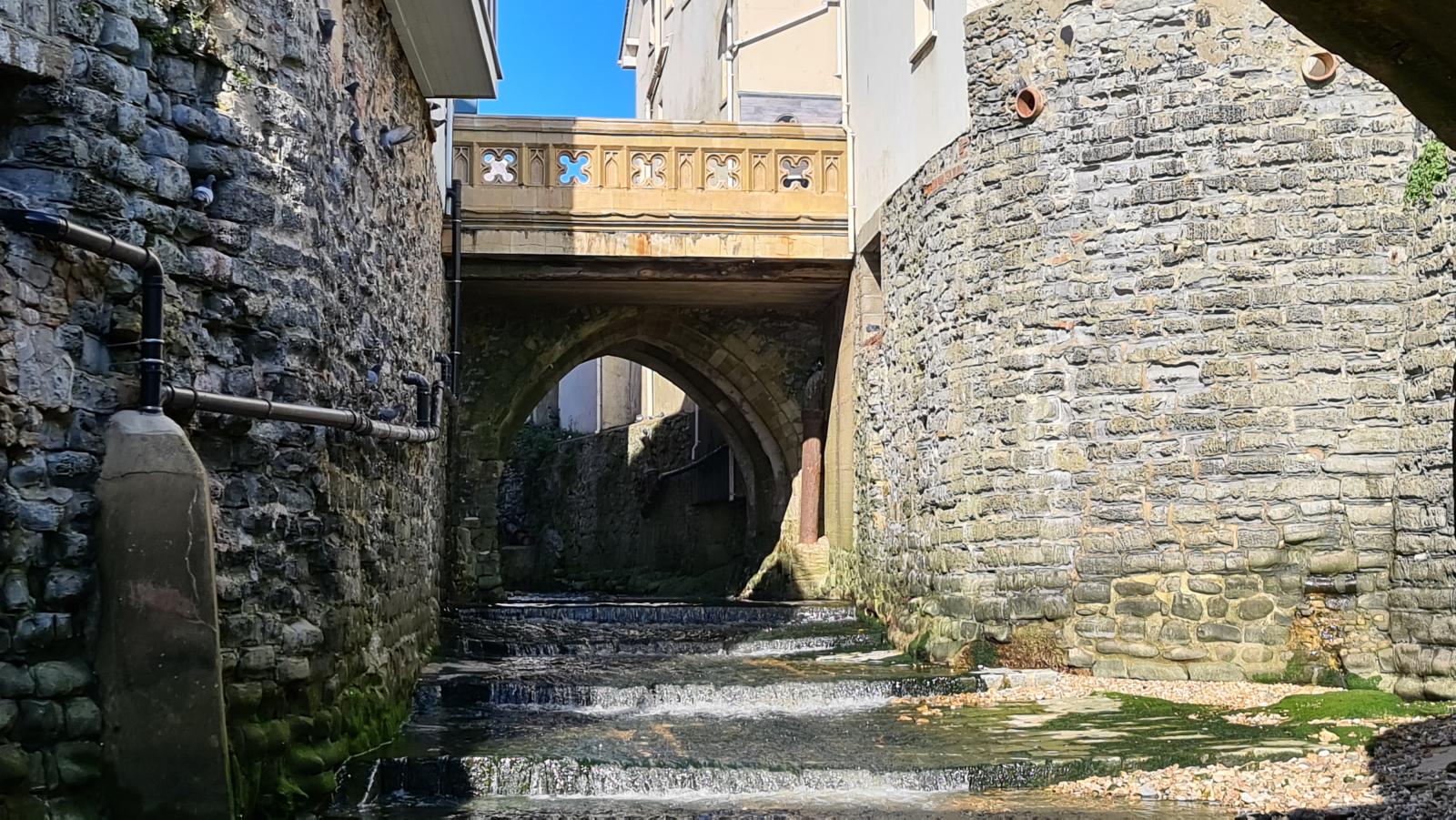 Believed to be the third oldest bridge in Dorset, Buddle Bridge is a delightful Grade I listed bridge hidden under the main road through Lyme Regis. Of both historical and archaeological significance, this medieval gem is best viewed looking back from Gun Cliff Walk or from the beach below at low tide.

According to The Lyme Regis Society, the bridge has one arch, circa 1200-1240, which survives in a nearby cellar.  The bridge, which carries Bridge Street over the river Lim, has been adapted many times although some of the original fourteenth century medieval masonry such as the four equally spaced, pointed segmental, ashlar ribs still forms part of the structure. Originally made from Salcombe Stone which is no longer commercially quarried, the repairs to the bridge have been undertaken using Purbeck Inland Freestone.

Bridge Street, between Broad Street and Church Street, was widened for motor traffic in 1913 and buildings that stood on and alongside the bridge were demolished, including The Fossil Depot which sold both fresh fish and fossil specimens. 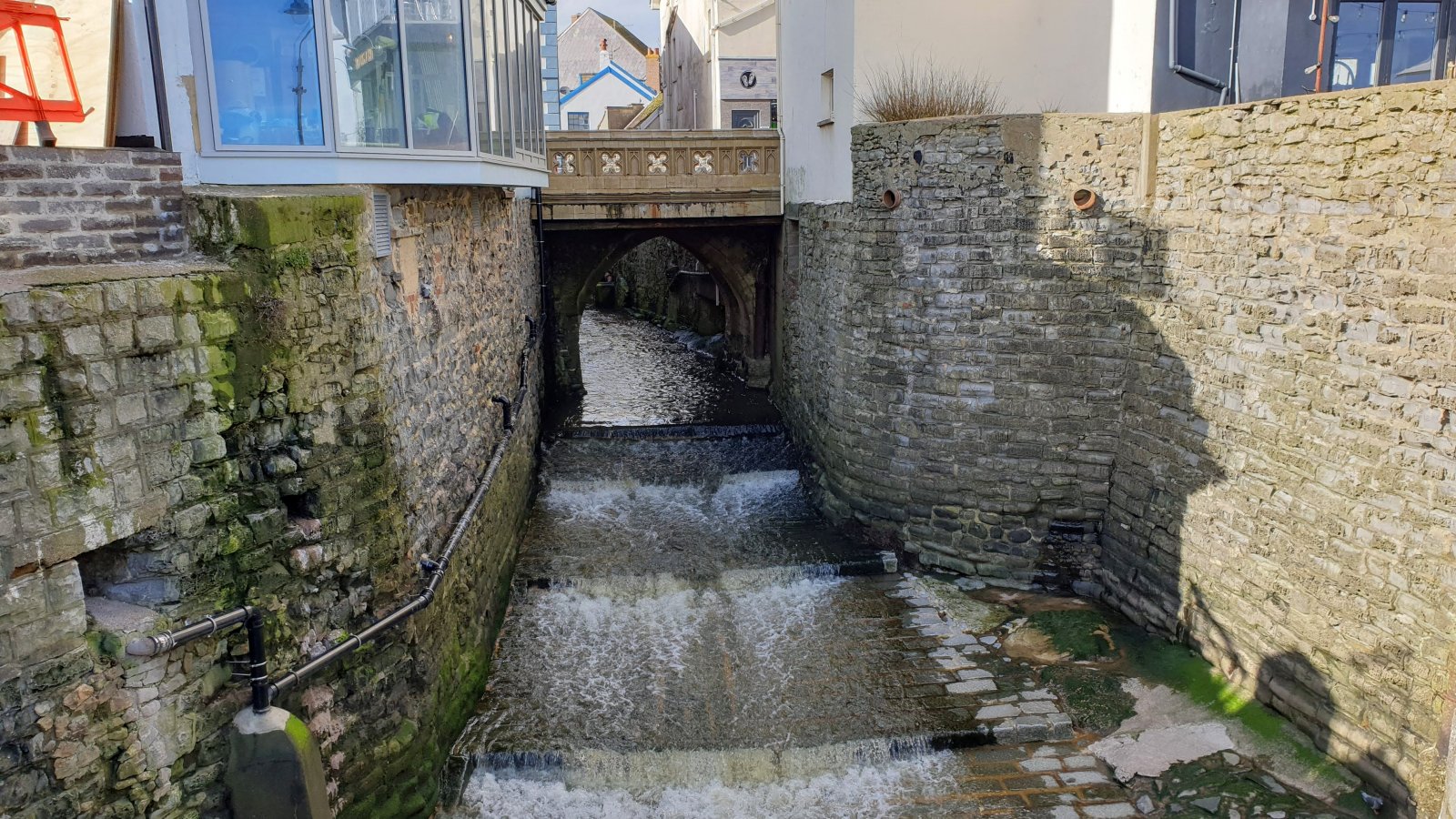 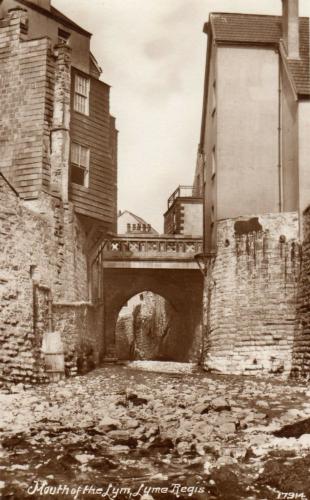 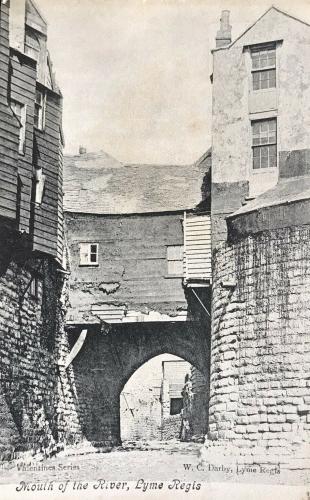 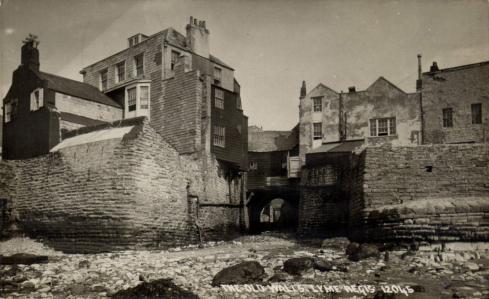