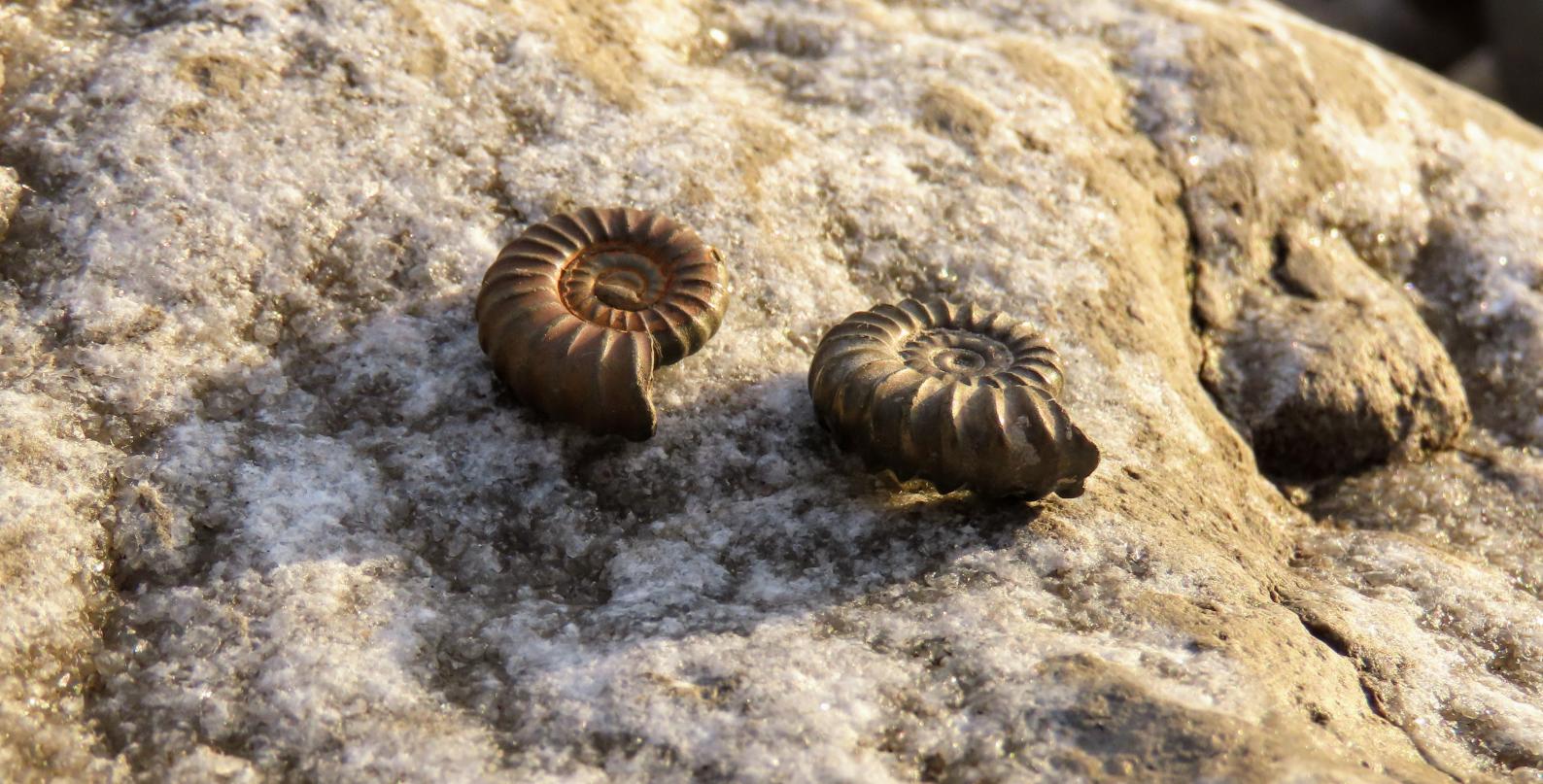 Ammonites are the most common fossils found on the beaches of Lyme Regis. With each new storm or high tide the waves erode the cliffs revealing the spectacular coiled remains of these squid like creatures that once swam in the ancient sea.  Amateur and professional collectors alike scour the beaches in search of these fossils before the 200-million-year-old treasures are reclaimed by the sea.

They are discovered in a range of sizes, from tiny specimens the size of a thumbnail, to large ones reaching over 2 metres in diameter.

These creatures lived in the sea between 240 - 65 million years ago, when they became extinct along with the dinosaurs.

Ammonites have a spiral shell divided into chambers which acted as floatation tanks, the creature filled the chambers with air and water to move up or down. Ammonites swam with their heads beneath their bodies with the shell’s outermost chamber housing the ammonite’s soft body.

They were predator creatures with sharp, beaklike jaws inside a ring of tentacles that extended from their shells to snare prey such as small fish and crustaceans.

Ammonites were food for creatures such as ichthyosaurs and pliosaurs.

Their closest living relative, the nautilus, still survives today in the Pacific and Indian Oceans. 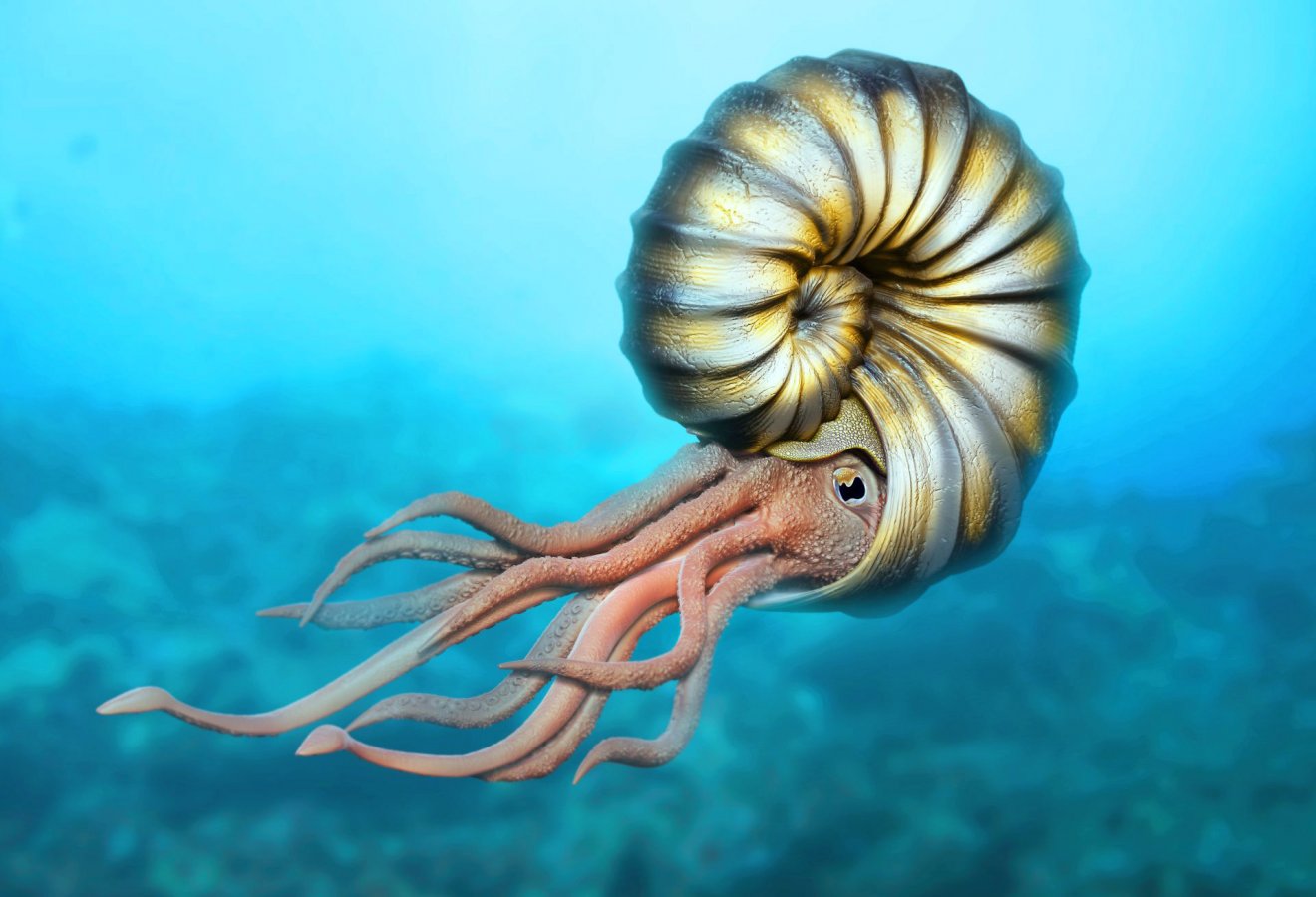 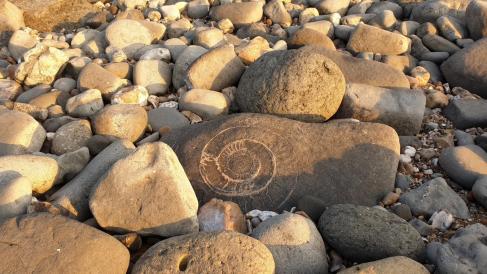 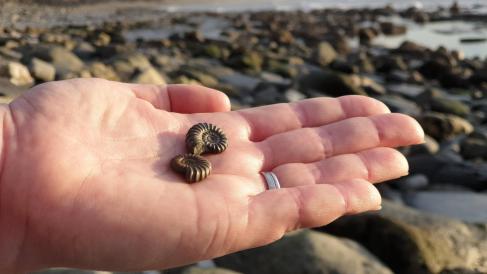 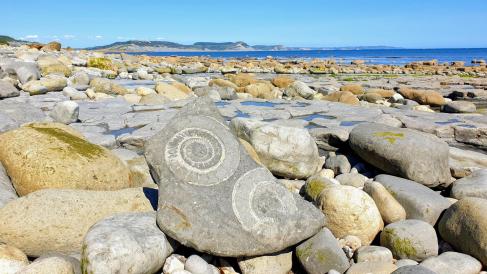 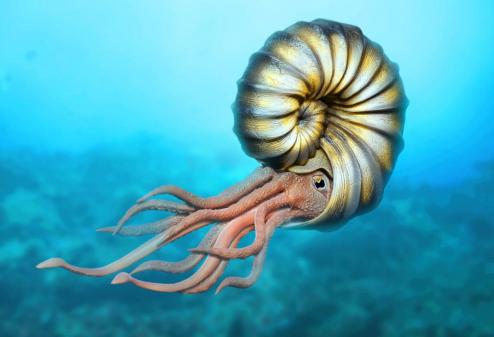