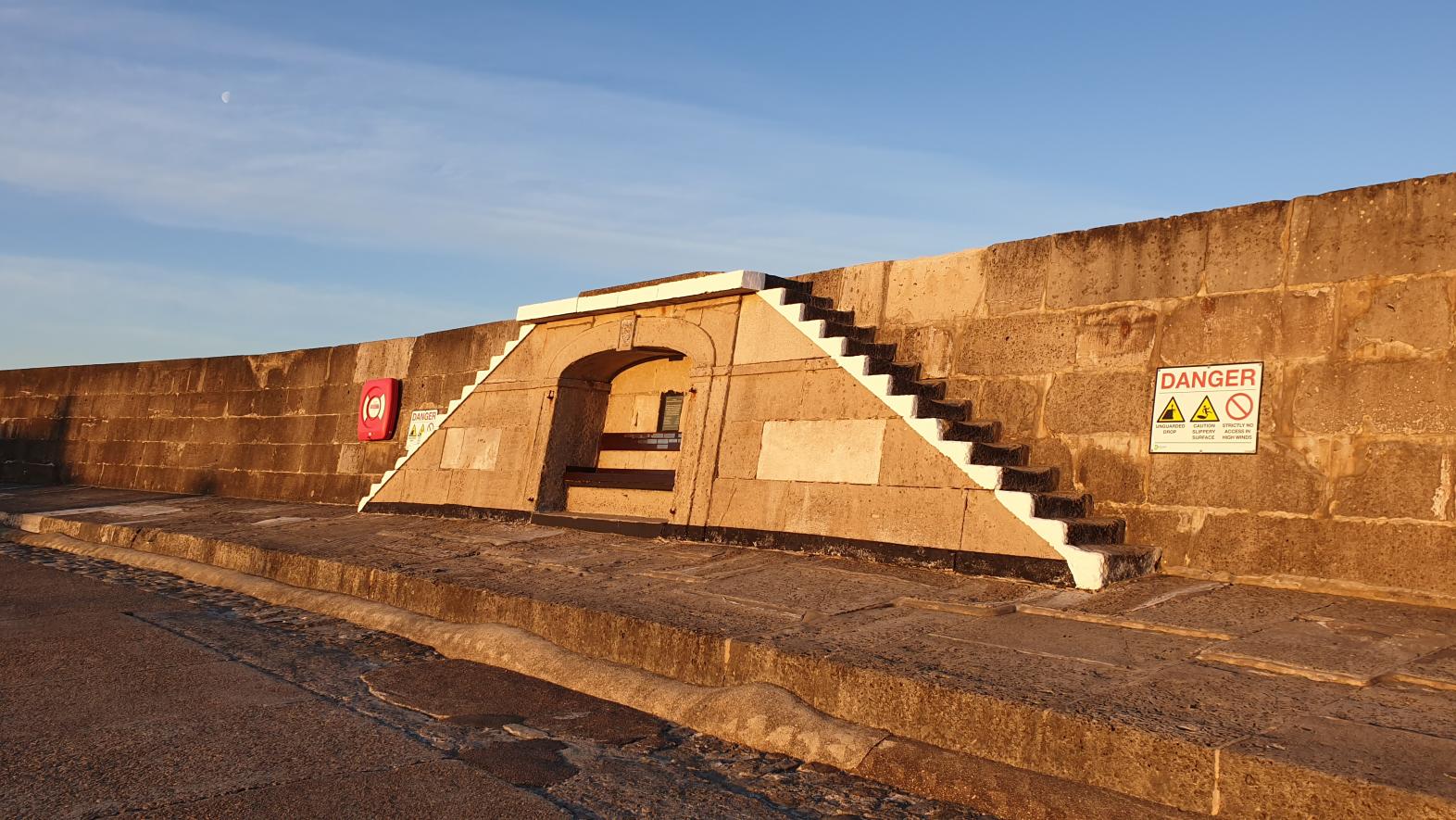 The Gin Shop is set into the high wall of the Cobb with steps either side. It was possibly a former ammunition store holding the balls and gunpowder for the cannons which were used to defend the Cobb.  According to local historian Peter Lacey, the name ‘gin’ is derived from the three-legged crane or winch which was once set above the store and used for lifting heavy blocks of stone, for pile driving and for the placement of guns. It is believed the ‘shop’ element was added by locals to form the nickname, 'gin-shop'. At one stage it was fitted with doors and the hinge pins can still be seen.

Within the Gin Shop arch is a plaque which was installed on the instructions of the Duke of Wellington to commemorate the reconstruction of the Cobb following a severe storm in November 1824. The reconstruction commenced in April 1825 and was completed in November 1826. The works were carried out by army engineers using Portland stone at a cost of £17,337 and ninepence ha'penny against an original estimate of £19,193 nineteen shillings and ten pence. 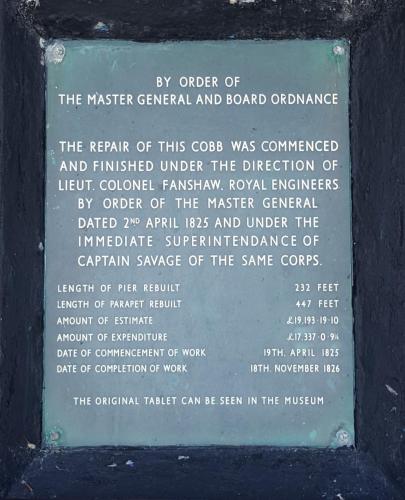