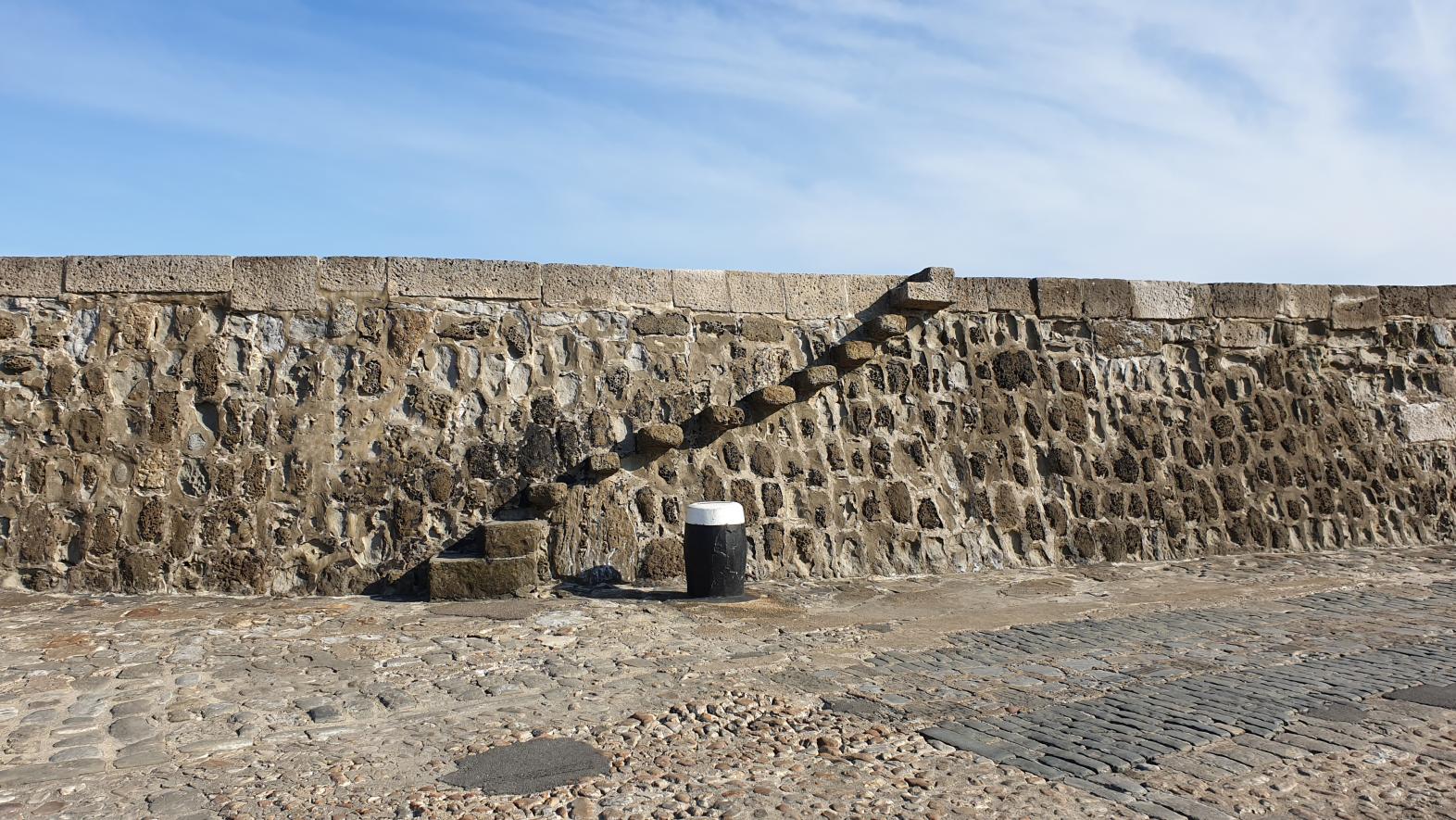 The characteristic steps which jut out from the face of the high wall on the Cobb are known as ‘Granny’s Teeth’ and these are made famous by the pivotal scene in Jane Austen’s Persuasion when the character Louisa Musgrove is injured when jumping from the steps on The Cobb. Louisa Musgrove is flirting with Captain Wentworth and jumps down the steps, before running back up them and jumping down when: ‘she fell on the pavement on the Lower Cobb, and was taken up lifeless!’ Many think Jane Austen was thinking of Granny’s Teeth as the setting for this scene, however as these steps weren’t built until after 1816, when the book was completed, it was more likely Austen imagined her falling from the steps further along. 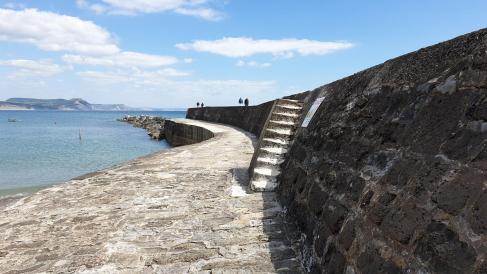 The steps most likely the scene for Louisa Musgrove's fall 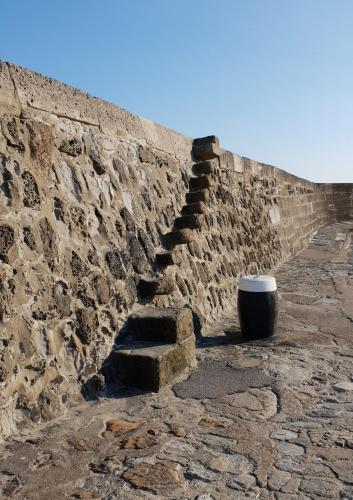 Granny’s Teeth on the Cobb