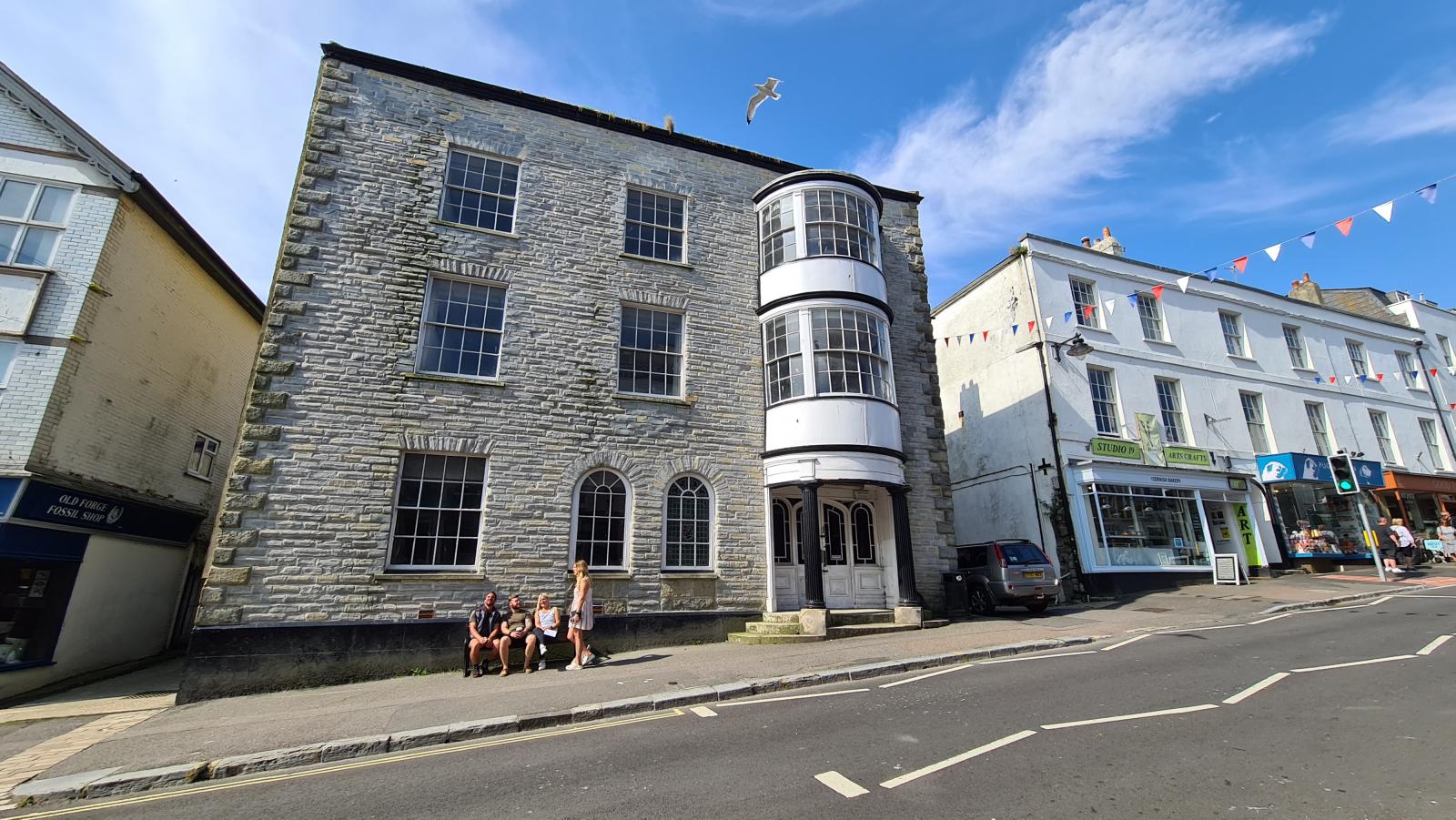 Located on Broad Street in the centre of Lyme Regis, the Three Cups Hotel is a Grade II listed building owned by Palmers Brewery of Bridport. The original Three Cups seems to go back to at least Stuart times in name and site and was located opposite Cobb Gate. It was completely destroyed by fire in 1844 and moved to its current site which was previously occupied by Hiscott's Boarding House.

The Regency frontage of the current three storey building dates from 1807 and is of traditional masonry construction finished externally in a mix of coursed blue lias stone with protruding quoins, a slate-hung wall, a stucco band, painted brick and localised patches of red brickwork for flue stacks and patch repairs. The most striking features are its double-height bow-fronted sash window bay sitting on stone columns over the main front entrance and the other impressive sash windows with glazing bars intact on the street facade. The building is of significant architectural and historical interest and is mentioned in Nikolaus Pevsner's 1972 The Buildings of England volume on Dorset.

The Georgian hotel has associations with many illustrious guests and literary greats including Alfred Lord Tennyson, Henry Wadsworth Longfellow, Charlie Chaplin, Hilaire Belloc and G.K. Chesterton. J. R. R. Tolkien also spent many holidays at the hotel, sketching out much of his mythology while he sat and looked out over Lyme Bay and allegedly writing some of his Lord of the Rings trilogy there. In 1944, US General Dwight D. Eisenhower delivered an important briefing to Allied commanders in the first floor lounge prior to D-Day. The hotel also featured in the 1981 blockbuster film The French Lieutenant's Woman starring Jeremy Irons and Meryl Streep.

The hotel was closed in May 1990 and has sadly fallen into disrepair since that time. Plans have been put forward to demolish the rear of the building and convert the main hotel into retail units, restaurants, flats and visitor accommodation, but as yet no redevelopment work has been undertaken. 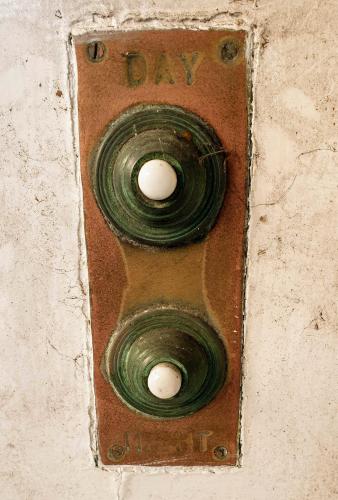 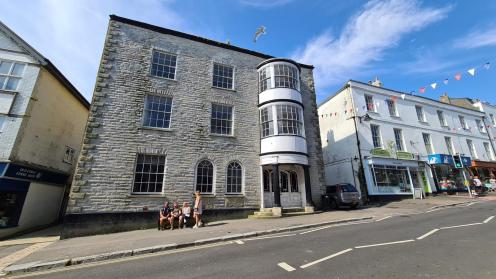 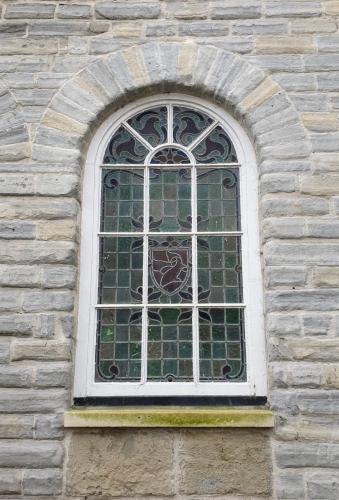 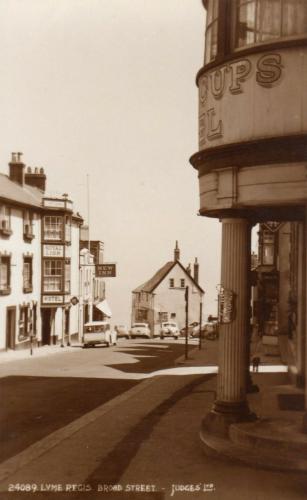 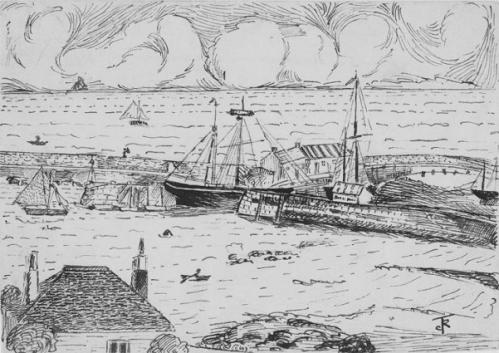 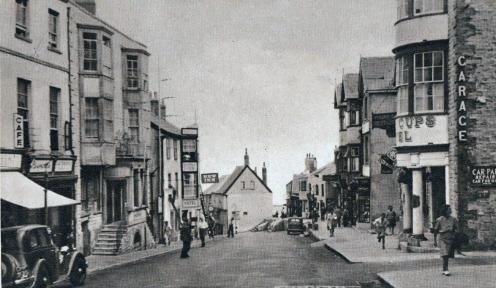 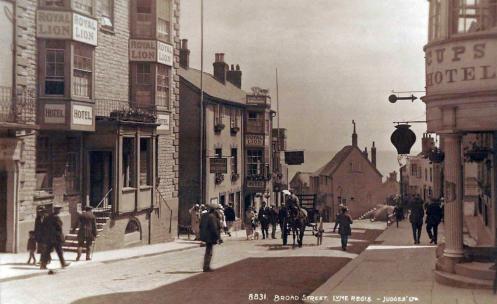 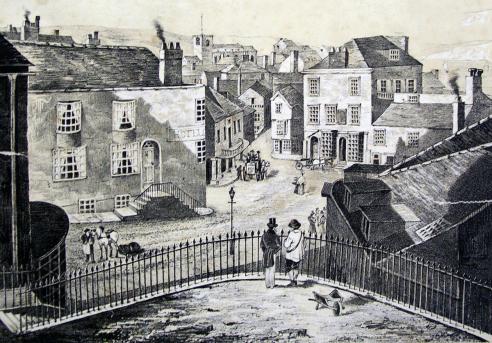 Cobb Gate from Bell Cliff in 1844 - Assembly rooms on the right, the old Three Cups hotels to the left