Nestled amongst the houses, villas and bungalows of Sidmouth Road is Umbrella Cottage, a beautiful Grade II Listed single storey thatched building with a cloned extension to the rear.

Dating from the early nineteenth century, the cottage was altered in a rustic cottage orné style by the architect Arnold Mitchell when it was fashionable during the Regency era. There is some debate as to its origins; several sources state that it was once a gardener's cottage, while others indicate that the structure was either a toll-house built for the Lyme Regis Turnpike Trust (Charmouth to Whimple Division) or a lodge to the adjacent Upper Cobb House.

The quaint curiosity takes its name from the octagonal front portion with the roof angled down to wooden posts producing its umbrella look. Roughcast clad with a central chimney and an oblong wing at the back, it features pretty wood casements, an attractive diamond shaped window over the entrance and an intricately carved front door. 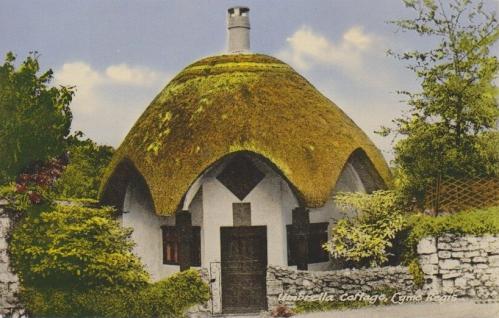 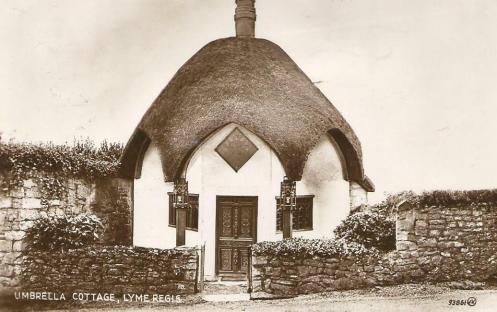 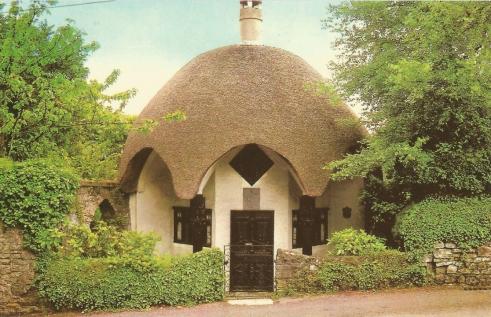