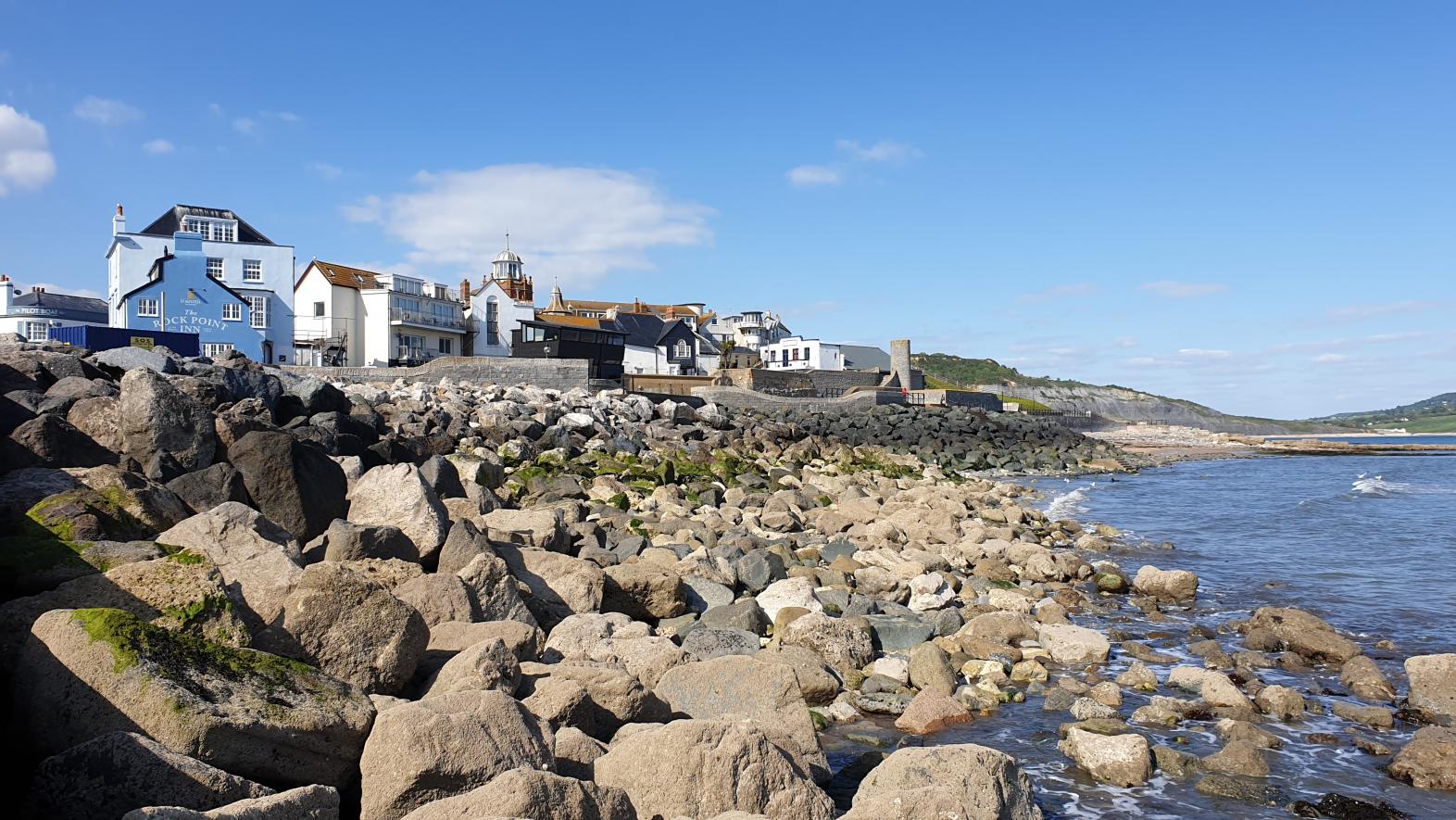 Gun Cliff extends east from the small car park at Cobb Gate and was home to the town's battery of defensive cannons from Elizabethan times.  This area underwent significant change during Phase 1 of Lyme’s coastal protection scheme which was completed in 1995. The development integrated old and new sea walls between Cobb Gate and Church Cliff, while also subtly housing a sewage treatment plant, evident by the ventilation tower in front of the Marine Theatre and the huge double doors beneath that give access to the facility. A promenade runs along the top linking the town with the East Cliff area of Lyme.

Situated on Gun Cliff is a large anchor donated by the Portland naval base as a testament to the involvement of the town with all things marine over hundreds of years.

Other than at low tide, the beach beneath Gun Cliff Walk now almost wholly consists of massive rock armour installed during the 1990s coastal defence scheme. The river Lym flows into the sea here, and there are views back upstream beneath the walkway and Buddle Bridge. At the eastern end of the beach the rocks give way to sand, and at low tide the Liassic limestone ledges of Long Ledge and Broad Ledge are exposed up to 200 metres offshore. A significant amount of stone was removed from these ledges during the nineteenth century by sea-quarrying for construction material, and it is believed this contributed to the problem of coastal erosion in the area. 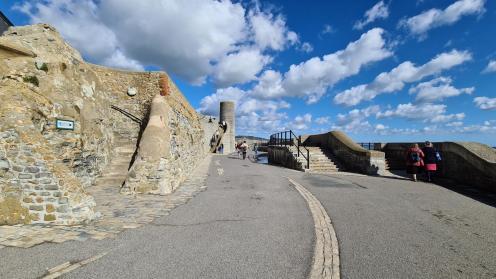 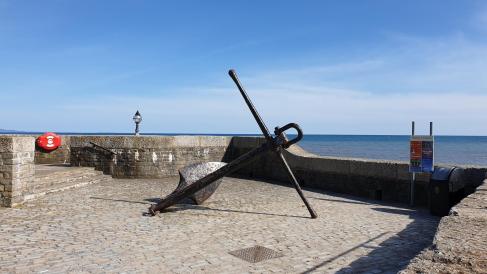 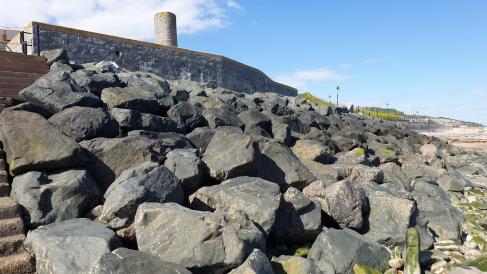 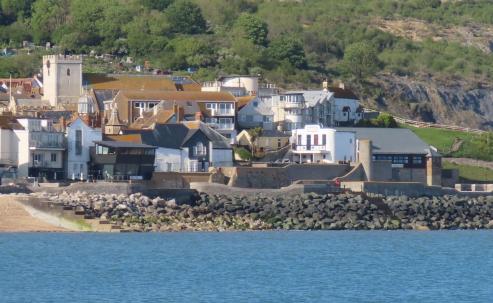 Gun Cliff viewed from the Cobb