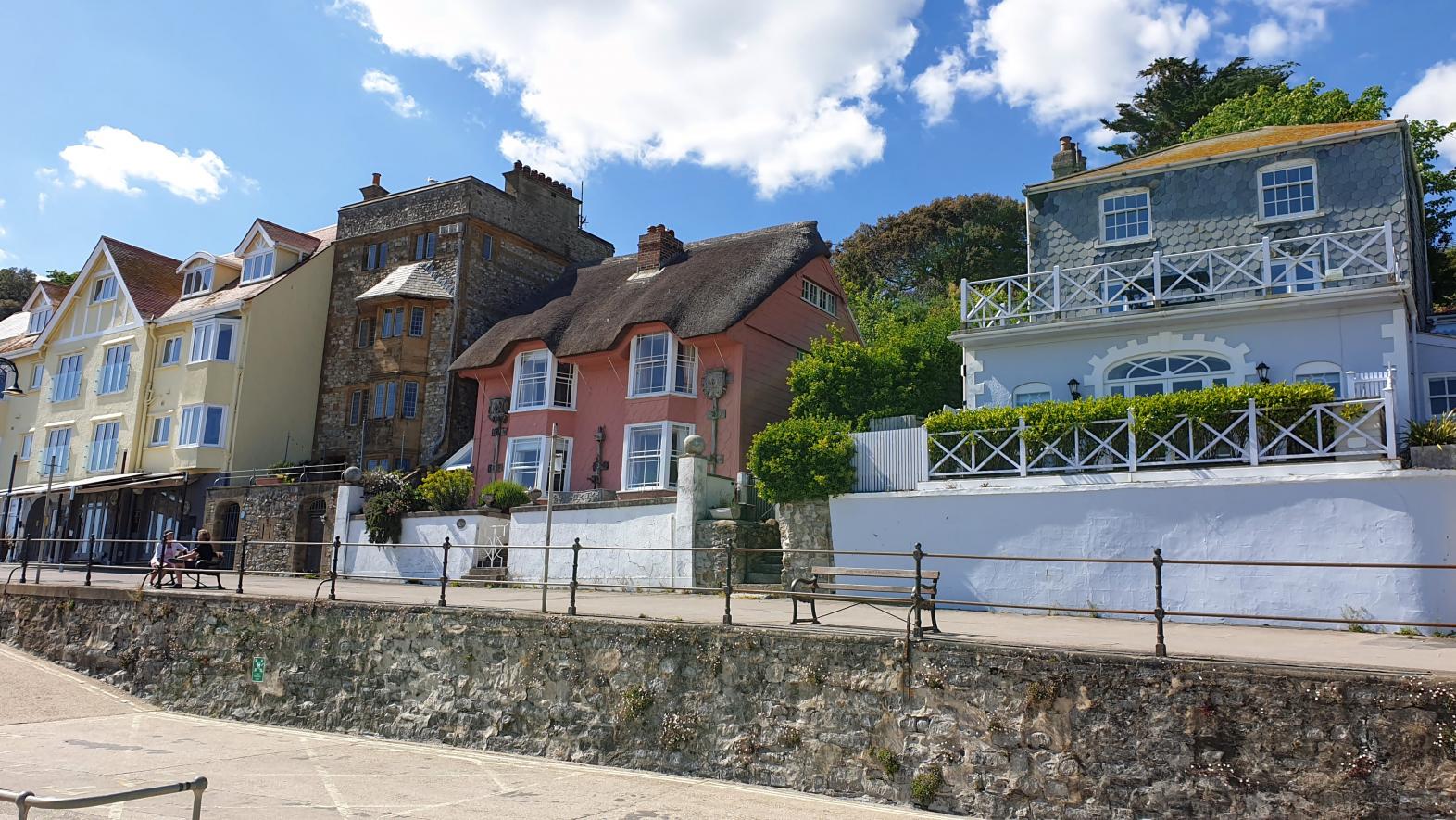 Marine Parade runs from Cobb Gate, below Bell Cliff at the town end, to the bonded warehouses at The Cobb, and is home to some of Lyme's most interesting properties. Beneath Marine Parade is Cart Road, which was the route for goods between The Cobb harbour and the town. Although dating mainly from the 19th century, the houses along the parade vary considerably in style. There are brick seaside villas; a row of thatched Madeira Cottages, Argyle House, Library Cottage which was built in the 1830s and Sundial House, a four storey Arts & Crafts-style building dating from 1903.

According to research by the Lyme Regis Society, Library Cottage served as a library until the late 19th century, the original roof was slate which was replaced by the thatch roof in the 1930s, the same time the ornate leadwork was added.

Sundial is a stunning property constructed mainly of blue lias and aptly named given the large sundial on the exterior with its characterful smiling sun and glorious scrolling foliage. The Latin motto beneath the sundial reads ’HORAS NON NUMERO NISI SERENAS’ which roughly translates as "I do not count the hours except the bright ones".  The property was designed by Arnold Mitchell who built or altered several houses in Lyme.

At the Cobb end, the row of buildings to the seaward side, now mainly cafes and pubs, were developed in the mid-18th century, while the solid stone built row opposite were bonded stores for the port. The final house on the corner was the Coastguard watch-house, now a fish shop. 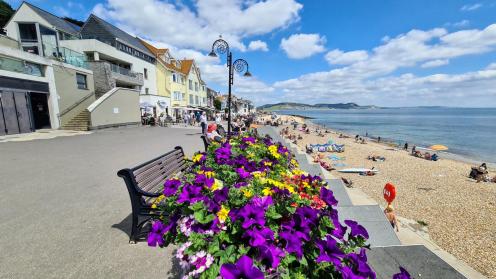 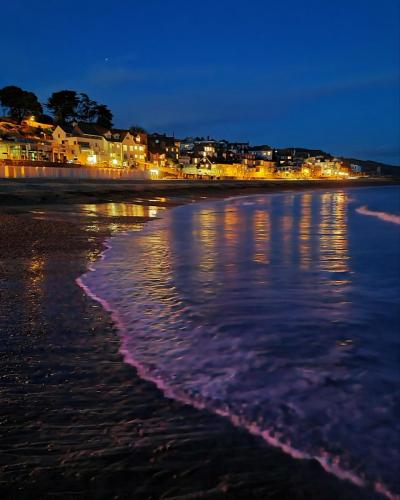 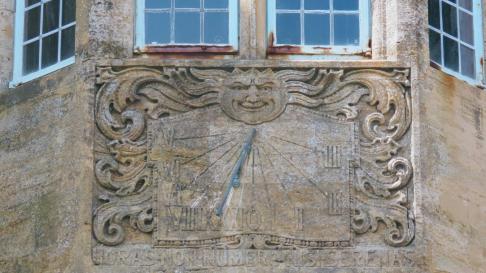 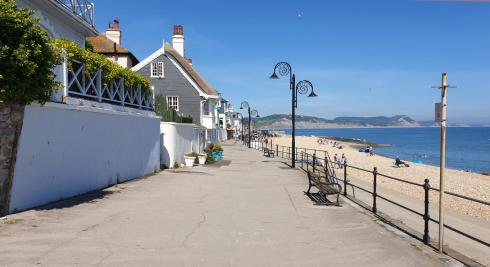 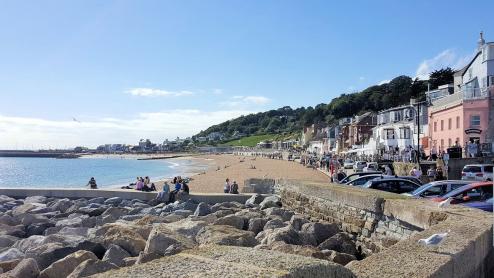