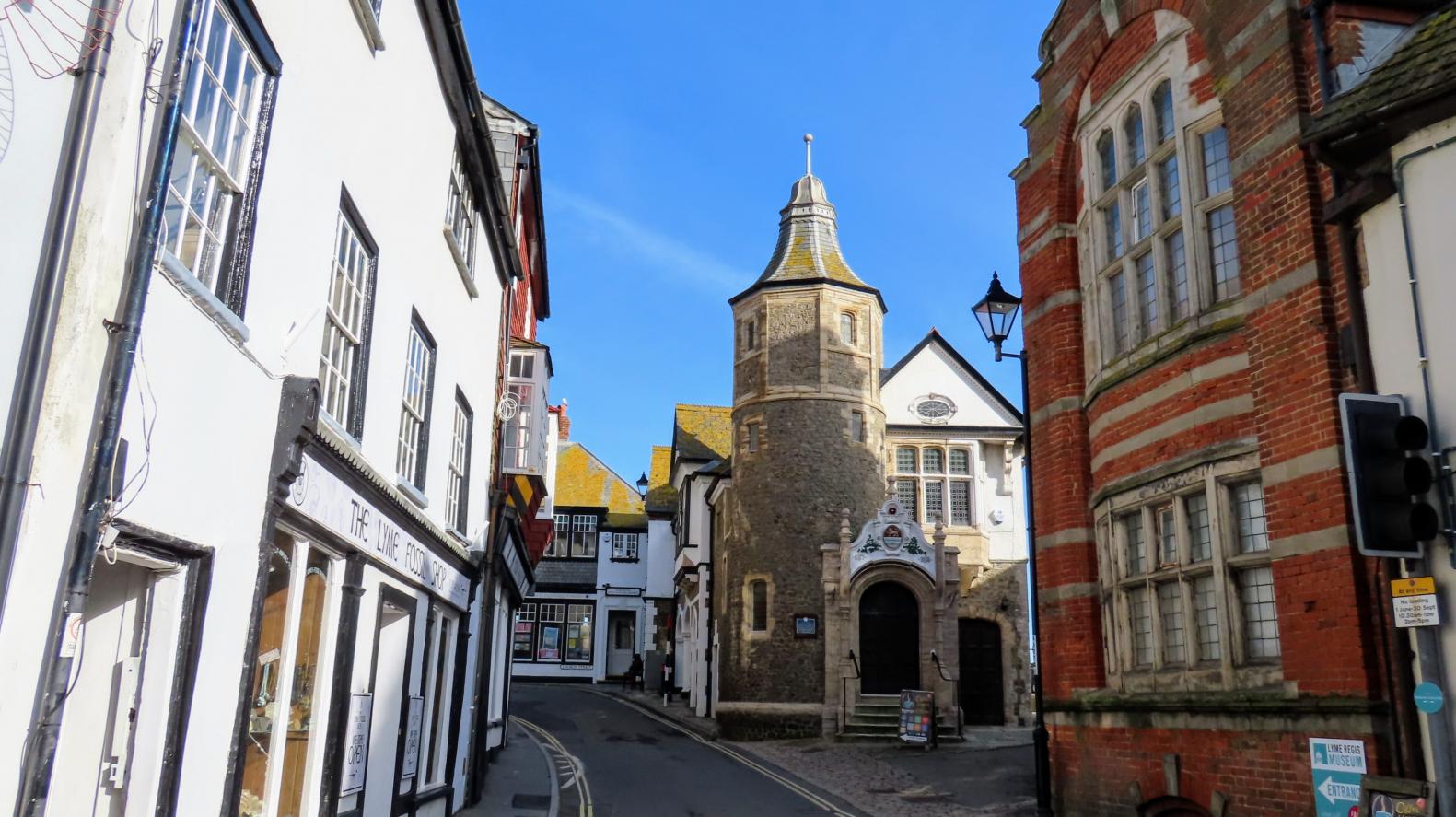 The Guildhall is one of Lyme’s most iconic buildings,  standing on the site by the corner of Church Street and Bridge Street since the early 17th century. By the 19th century the building fallen into disrepair and was remodelled in 1887 to mark the Jubilee of Queen Victoria. The architect was George Vialls, who later designed the nearby Lyme Regis Museum.

According to Lyme Regis Museum “The Guildhall was almost entirely rebuilt with a new staircase, cells, open arcaded market beneath and a recreated courtroom on the first floor with a much higher ceiling. The only recognisable original features to have survived seem to be most of the panelling and the Venetian-style windows”.

George Roberts 1823 History of Lyme Regis informs us of the earlier building "The Guildhall near Jefferd's Baths contains two very commodious rooms: in one the magistrates assemble every Monday for the administration of justice, turnpike meetings are held; the other is applied to the jury at the sessions and is the council chamber. The Gaol, adjoining the Guildhall has long since received the singular name of Cokenwhile, and is somewhere spelt Cockmoile, ingeniously considered to be a corruption of incog-a-while, ---a term applied to it probably by some wag at its first erection. It however refers to the former custom, when it was a house of Correction, of working from cock-crowing to sun-set, moile meaning labour."

The Guildhall is now occupied by the town council with the closed-in space of the ground floor originally the arched market. The court chamber was on the first floor and is now where the council hold their meetings.

Side view of Guildhall 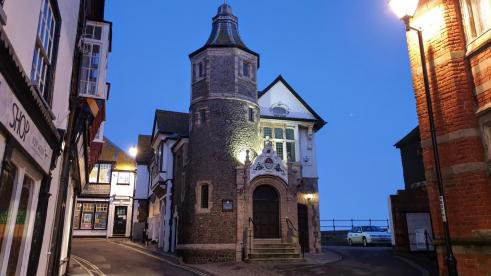 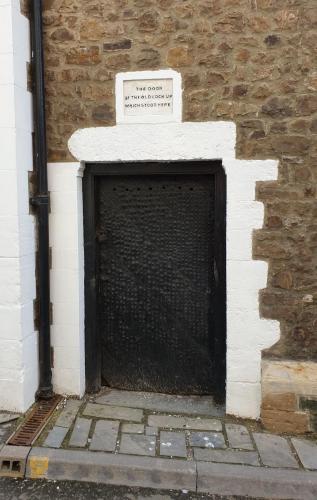 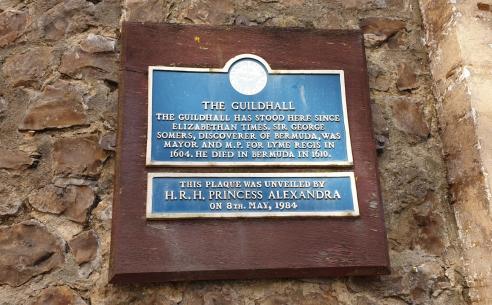