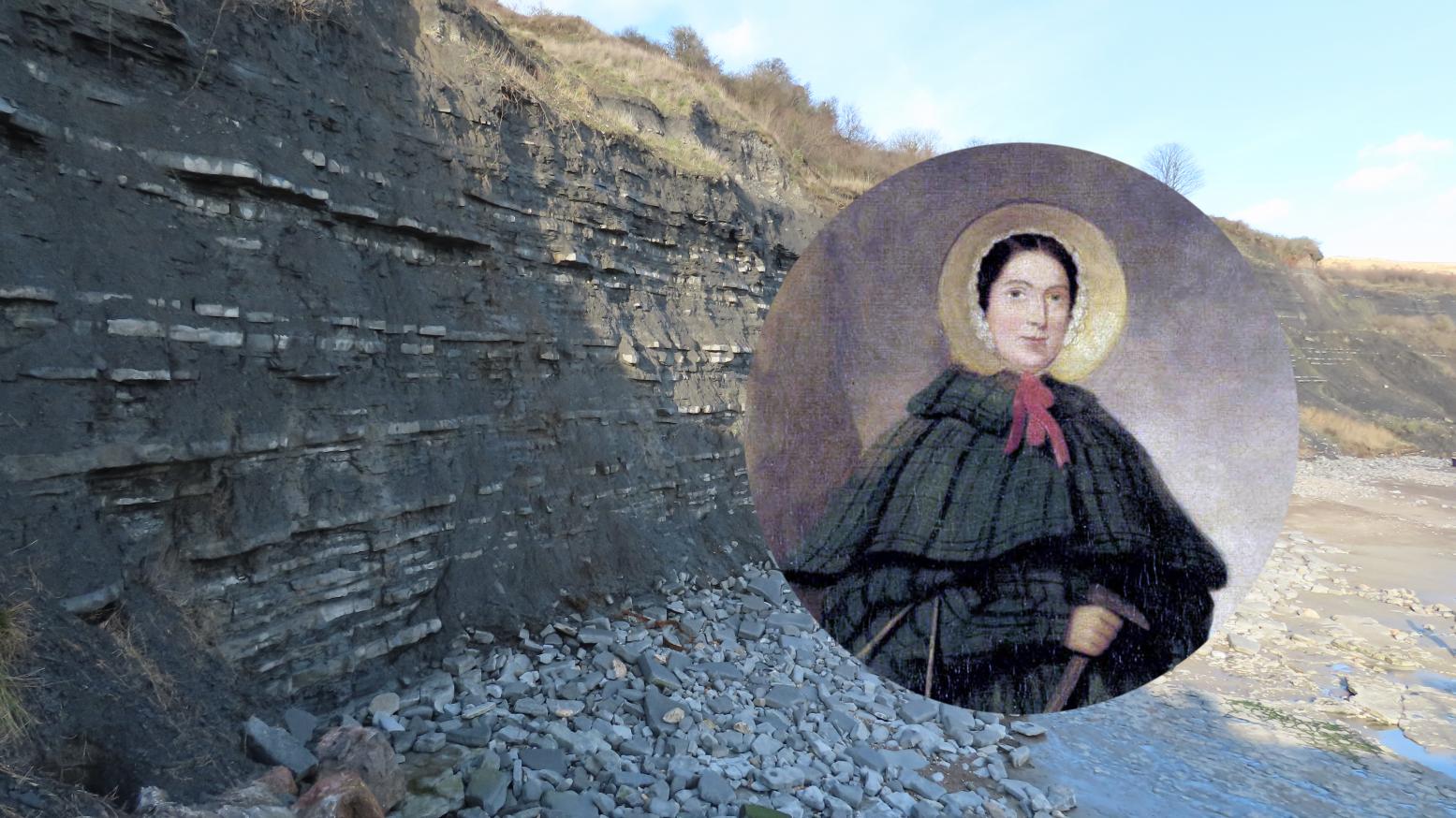 Lyme's most famous figure, Mary Anning was born in Lyme Regis on 21st May 1799.

It is said that in 1800 when Mary was 15 months old, she survived a lightning strike which killed three other young women. Mary’s family were poor, and she had little in the way of an education, but she pioneered the field of palaeontology with her groundbreaking fossil finds, providing evidence that was central to the development of new ideas about the history of the Earth.

Mary's father was a cabinetmaker by trade, but he supplemented his income by mining the coastal cliff-side fossil beds near Lyme Regis. He would sell his finds to tourists and on his death from tuberculosis in 1810 the Anning family was left without support.

On the death of their father, Mary and her brother Joseph began fossil collecting full time to gain some income.

In 1811 following a storm which scoured away a portion of cliff face to the east of Lyme Regis, twelve-year-old Mary and her brother Joseph discovered the skull of a mysterious creature poking out from a cliff and thought it might be a crocodile. The strange specimen was studied and debated for years and was eventually named Ichthyosaurus, or 'fish lizard', an ancient reptile which lived 201-194 million years ago. The specimen was acquired by the British Museum and is now on display in the Natural History Museum in London.

For a long time Mary was overlooked by the history books and many of her discoveries found their way into collections without credit being given to her.

Some 9 years before her death her work was acknowledged by the scientific community of the day and she was given an annuity, or annual payment, raised by members of the British Association for the Advancement of Science and the Geological Society of London, although she was not allowed to become a member because she was a woman.

By the time she died of breast cancer aged 47 in 1847, she had gained the respect and imagination of the scientific community. Her finds came in an era when scientists were beginning to question religious explanations of the world and examine the concept of geological time.

Anning is referred to as the "unsung hero of fossil discovery" by the Natural History Museum. Today, two hundred years after she began making her remarkable discoveries, Anning is getting the recognition she deserves. “It has been a long time coming, but at least it is happening,” said Paul Barrett, a dinosaur expert at the Natural History Museum.

A statue of pioneering 19th-century fossil hunter and palaeontologist Mary Anning was unveilved in May 2022 in her home town following a four-year campaign led by school girl Evie Swire. The bronze statue is positioned above Church Cliff beach facing Black Ven and Golden Cap. Read more.

Built on the site of Mary Anning's home and fossil shop, Lyme Regis Museum opened the Mary Anning Wing, a £1.5million extension in 2017 which includes an interactive geology gallery telling the story of Mary Anning and Lyme’s fantastic fossils. The museum staff pride themselves on being Mary Anning experts, operating Mary Anning walks and fossil walks along the beaches where she made some of the most significant geological finds. There is a display of her life and work including original artefacts and specimens in the Museum.

Mary Anning's grave is located in St Michael's Parish Church in Lyme Regis, where she was buried with her brother Joseph. Her life is also commemorated with a stained glass window in the church. 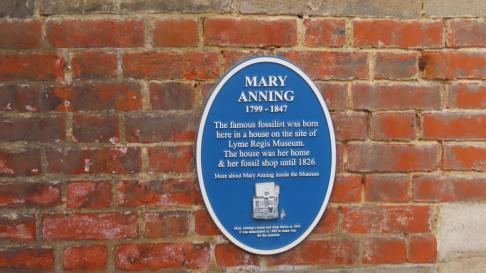 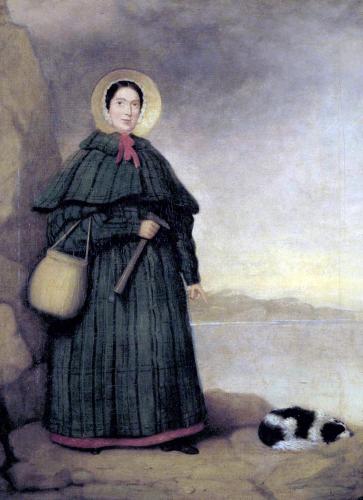 The only known portrait of Mary Anning, pictured with her dog, Tray 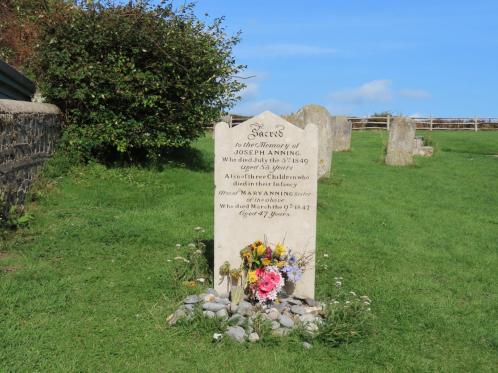 East Cliff Beach where Mary Anning made many of her discoveries